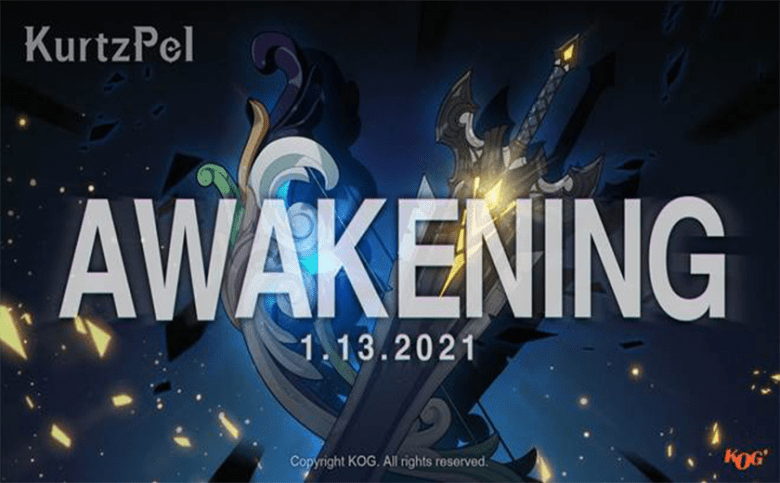 KOG Games, a leading developer and publisher of the free-to-play action Fighting game KurtzPel, is kicking off the new year by introducing a brand-new Awakening System. This system will allow players to increase their Karma’s level cap, unlock the Awakening Gauge mechanic and unlock brand new passive and normal skills! The Awakening Update begins with two Karmas – Sword Taliah and Dance of Wind and will go live on January 13th.

The new Awakening System will be unlocked from an Awakening Quest once players reached Lv. 20 and Karma Lv. 6. This will expand your Karma’s skill tree allowing players to unlock their Awakening Gauge, passive skills, brand new skills, and even additional skill slots.

The Awakening Gauge is a dungeon-exclusive meter that fills as players continue to damage enemies. Players can activate the Awakening Gauge once filled to significantly increase their attack power, stamina recovery, mana recovery and movement speed for a set duration. Furthermore, players that can perfectly dodge enemies’ attacks will be rewarded with additional buffs to their character! This means players will have to time their Awakenings to maximize its benefits to assist with their final push against bosses.

However, to ensure fair gameplay across game modes, the Awakening Effect, Skill Slot Expansions and Awakening Rage Skills will be disabled in any Player vs Player content. However, players will be able to use the newly added Normal Skill and Passive Skills in both game modes.