CCP Games today announced the second chapter of the EVE Online: Invasion expansion, the next step in the Triglavian story that has thrown New Eden deep into conflict with this unrelenting and mysterious enemy. EVE Online: Invasion Chapter 2 will be released on Tuesday 26 November and will be free to download for all players of EVE Online, the deep and uniquely player-driven spaceship MMO game.

This new chapter in the ‘Invasion’ expansion brings with it new features, including Shareable Bookmarks, which the EVE community has been eagerly anticipating. This new addition will allow pilots to share specific locations in New Eden with alliance members and anyone else they choose, with control over access and duration.

EVE Online: Invasion Ch. 2 will introduce another fearsome Triglavian vessel, the striking “Zirnitra” dreadnought. Equipped with the now-signature Entropic Disintegrator weapon, this new ship will prove a challenging adversary for Capsuleers, but also a desirable prize for all those who can pilot it. 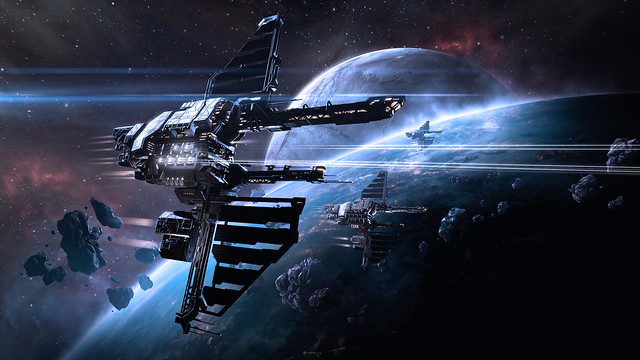 There are also improvements to the experience of new players and how their first hours in EVE Online are spent, making every new entrant to the game that much more prepared for life in New Eden. In addition, there are dedicated initiatives to challenge and engage EVE’s core playerbase with more frequent content additions and adjustments going forwards to ensure New Eden remains an exciting place for both novice and veteran players alike.

“EVE has always been about actions having lasting and meaningful consequences, and with EVE Online: Invasion our goal has been to provide a universe-changing event for our community to experience in familiar space,” said Bergur Finnbogason, EVE Online’s Creative Director. “Chapter 2 will double down on that promise, with some really exciting and impactful features!” 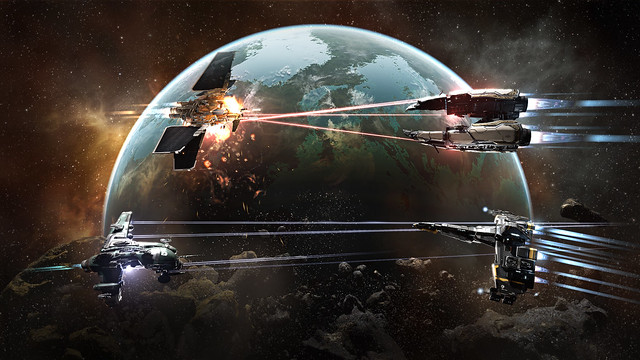 “EVE Online has always had the goal of providing life-changing experiences and a living universe like no other,” said Hilmar V. Pétursson, CCP’s Chief Executive Officer. “By stepping up the frequency of updates to EVE’s meta, the second chapter in the ‘Invasion’ story continues to deliver on that ambition.”

The EVE Invasion World Tour 2019 has reached many corners of the world, and a common thread has emerged among players across the globe. EVE’s core is its incredible community, which is a force that keeps players coming back as their importance in each other’s lives – over a decade and more for some – cannot be underestimated. Their words and exploits can be seen in this look back at the World Tour:

In 2020, CCP will be welcoming players back to Reykjavík, Iceland, bringing them together with developers in the birthplace of EVE Online for the biggest EVE Fanfest yet. The 2020 event will celebrate EVE Online and its community with amazing presentations, parties and player camaraderie, as well as the grand final of the EVE Invasion World Tournament. EVE Fanfest 2020 is set to take place April 2-4 at the Harpa Concert & Conference Hall.

0 0
Previous ArticleQUENCH YOUR THIRST FOR A GOOD OL’ WESTERN WITH CALL OF JUAREZ: GUNSLINGERNext ArticleEarthNight Lands on Nintendo Switch, PlayStation 4, Steam on Dec. 3

Red Wings: Aces of the Sky will receive a patch with new game content.
August 6, 2020

Dinosaur Fossil Hunter with a free prologue on Steam
August 6, 2020