Daybreak Games, the San Diego, CA -based studio behind the EverQuest franchise, is celebrating Pride Month with free summertime bunny companions in Pride flag themes available for download in EverQuest and EverQuest 2. The bunnies have been a big hit with fans since their launch at the end of June, with over 80,000 Pride bunnies being adopted by players! They will be available through the end of July.

Few titles have existed as long as EverQuest, which celebrated its 20th anniversary in March. The franchise helped to develop and popularize the MMORPG (massive multiplayer online role playing game) genre and continues to influence games today. Since its launch, the high-fantasy free-to-play game continues to grow to-date with 25 expansions (and counting), over 1600 unique playable areas, 700+ raid events, 50,000 design scripts, and more than 3 million lines of code.

Images and additional background on the three Pride flag-based bunnies is below, whose names were developed with social media input from the LGBTQIA+ community. The bunnies can be found the New items or Familiars sections of the Marketplace when players log-in. 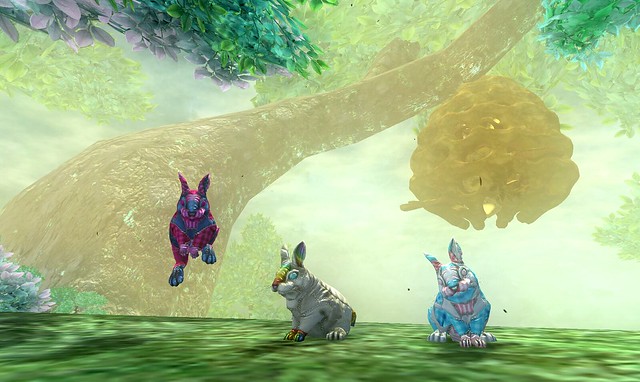 Transgender Pride flag design. This bunny is true to itself.