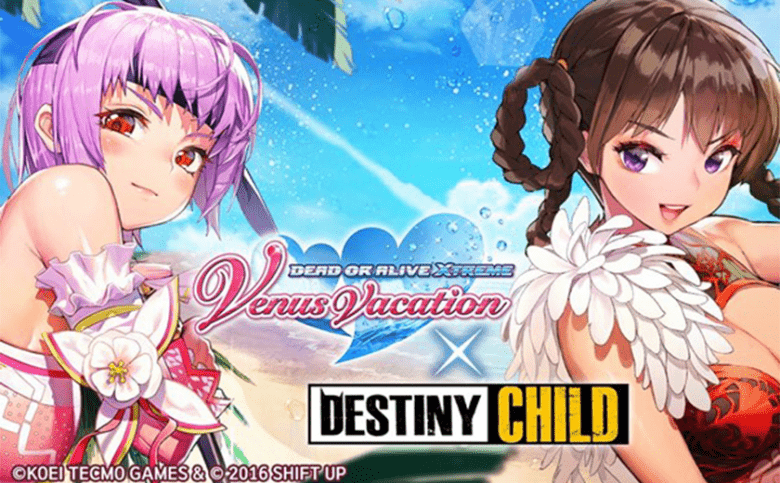 The team behind Destiny Child, the spectacularly popular waifu collector game, revealed a new collaboration with DEAD OR ALIVE Xtreme Venus Vacation (DOAXVV). Beginning Tuesday, Oct. 20 through Thursday, Nov. 5, several of DEAD OR ALIVE XVV’s flashy characters and more will be available for Destiny Child players on both the App Store and Google Play.

Since its launch in 2017, DEAD OR ALIVE XVV has delivered the hit series’ spin-off and head-turning fighters to players on PC. In the upcoming second collaboration between the two games, two new characters are racked up to become available for Destiny Child players to unlock and collect.  More firm details on these two characters will be revealed later, with Kasumi, one of the characters from the first collaboration between the two games, set to bust into Destiny Child as a new World Boss.