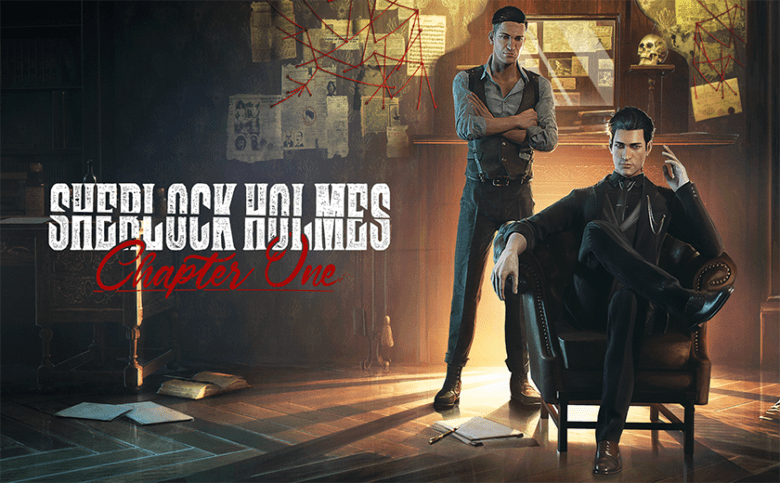 Today Frogwares released a new trailer and extra unreleased details of the world you will explore in Sherlock Holmes Chapter One.

The trailer highlights some of the new locations and bizarre crimes you’ll encounter on the island. On the surface the place looks like a Mediterranean paradise but dig a little deeper and you’ll find an island of sinister secrets, bizarre crimes and a twisted justice system.

As highlighted by the dev overview, this island is a world of crime, of social and economic inequality and where “the law” is often just a suggestion. The islanders regularly take justice into their own hands with police turning a blind eye at the request of the local overlords.

Bewildering crimes and cases will test your detective skills. Why is an elephant being put on trial to hang and can (or will) you stop it? Or why is the island getting covered with wooden revenge pillars, where each knife is a symbol of vengeance having been served?

“Currently we feel the main story will take approximately 15 hours to complete, while a completionist playthrough will be closer to a 30 to 40-hour mark. We will have 5 main quests that span multiple hours and more than 30 side quests of varying size and complexity, with each offering a moral choice.”

“In each main quest you’ll also have several suspects, and whether or not you will find the right one depends on how good a detective you are. You can interpret your clues in a number of ways that can lead to different theories. Some of these theories are easier and more convenient than the others, but it does not mean they’re correct. Once you’ve found your suspect, no matter if they are the right person, you will get a chance to decide their fate. Justice on the island is a bit twisted and our goal is to avoid a black and white morality, so it’s possible you’ll want to side with the wrongdoer.” – Antonina Melnykova, Lead Narrative Designer

“Combat only takes place where it’s justified by the story. You cannot shoot random people on the streets, as we don’t think it fits the character and you are encouraged to take the non-lethal approach. However, if you are cornered in a gunfight or you don’t have enough time to find an enemy’s weakness, it is possible to shoot and kill them. This will have certain consequences, for instance, it may worsen your relationship with your friend Jon, but we do not want to take away this option and make players feel forced to use only one playstyle.”

Chapter One is an action-adventure game, with an emphasis on detective gameplay, but combat is still an important element. Sherlock is quite agile, so you’ll be able use his agility to switch cover or evade being hit. He wields a small handgun and certain tools like smoke bombs that he uses to incapacitate enemies. He can also use the environment to his advantage, for example, shooting out a weak balcony support to bring it down.  – Yaroslav Martyniuk, Lead Feature Designer

“Though abandoned and run down, Sherlock has his own mansion on the island as this is where he spent his childhood. You will be able to restore and custom decorate the mansion as you see fit, with goods from local merchants. Also, some rooms in the mansion will only become accessible later, helping to reveal the secrets about Sherlock and his family.”

“You can also buy or find outfits for Sherlock throughout the game. Some will be cosmetic, changing how Sherlock looks while others will be required to complete quests.”  -Yaroslav Martyniuk, Lead Feature Designer

The game is now in pre-alpha and we hope to show a deep dive into detective gameplay around December / January. We are also planning to support the game post-release with additional content, but we are not making this into a “Games as a Service” title. Sherlock Holmes: Chapter One is a complete, standalone game, developed and self-published entirely by Frogwares. We’re aiming to release sometime in 2021 on PC, PS4, Xbox One and next-gen consoles. – Sergey Oganesyan, Producer + Community Manager