Developer Elder Games and publisher Headup are pleased to announce that their sci-fi action RPG Everreach: Project Eden is now available on the PlayStation®Store for $24.99.

Get ready to delve the depths of the galactic unknown as you explore the mysterious planet Eden and try to uncover its deadly secrets. Gear up for deadly encounters by equipping futuristic weapons and upgrades as you prepare the planet for the rest of humanity’s arrival. Everreach: Project Eden will have you engaged in its gripping story and vicious combat from start to finish.

In celebration of the launch of Everreach: Project Eden, Headup has released a new trailer:

A fast-paced, story-driven action RPG, Everreach: Project Eden is set on the visually stunning planet Eden. As Nora Hardwood, a member of the Everreach Corporation’s Security Division, your mission is to clear the planet for colonization and investigate recent unusual happenings on the planet’s surface.

Discover the ancient secrets of a long-forgotten civilization as you explore a vast alien world and descend into its enigmatic depths. Packed with engaging ground combat, high-speed vehicular warfare, and a compelling level and skill system, Everreach immerses you in its intriguing story and diversified gameplay. 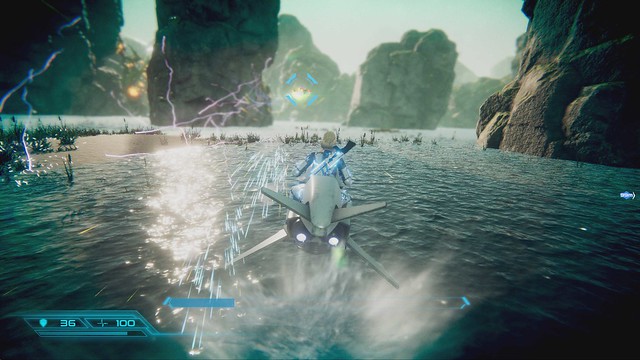 Everreach: Project Eden out now on the PlayStation®Store, for $24.99.