The unstoppable team of Mediatonic and Devolver Digital invite fans around the world to join them for a taste of the chaos that awaits them in Fall Guys: Ultimate Knockout with their upcoming series of beta tests! Stumble over to fallguys.com to sign up and get pumped with a brand new gameplay trailer that flouts social distancing orders to reach out of your screen and hug your eyeballs.

The public beta will be the first opportunity for clumsy contenders around the world to challenge family, friends, and beloved pets for the coveted Fall Guys crown ahead of launch, flinging hordes of contestants together online in a mad dash through round after round of escalating chaos until one victor remains!

Fall Guys: Ultimate Knockout beta participants will hone their tottering technique across a range of randomized rounds of up to 60 players, including Door Dash, Tip Toe, Hex-A-Gone, Tail Tag, Hit Parade, Egg Hunt and Fall Mountain in anticipation of the game’s release for PC and PlayStation 4 in Summer 2020. 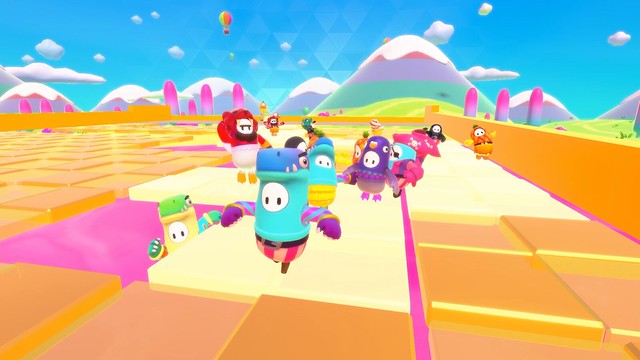