Bugbomb Games’ single-celled party brawler, Gerrrms, is now available for pre-order on Nintendo Switch via the eShop for £8.99 / €9.99 / $9.99. Gerrrms will be launching and available to play on July 23rd, so prepare to engage in microscopic brawls of epic proportions! 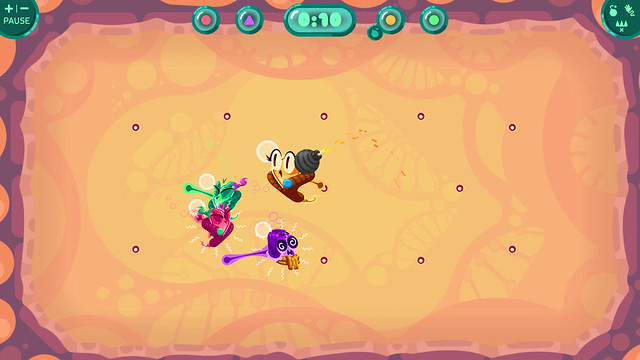 Gerrrms is a multiplayer party brawler where players take control of tiny germs as they partake in a big ole scrap for dominance within the human body. Choose from 12 quirky, germy candidates and start swinging from hooks inside a corporeal arena to move around as you engage in microbial warfare, competing in seven gutsy game modes, either in single-player or local multiplayer up to 4 players. With this two-button control scheme and straightforward gameplay mechanics, Gerrrms is the perfect game to jump into with friends regardless of their skill level.

Stand your ground against rival germs performing sick single-celled combat manoeuvres. You’ll be over-prescribed with power-ups: dropping dirty mines, packing punches,  launching microscopic missiles, getting gooey to slow your opponents down, exploding in size pushing your rivals into surrounding hazards, making lightning-fast dashes or tactically using a pseudopod to transplant items with someone else – be it a flag or a bomb.

There are seven game modes on offer: Deathmatch – Swing your germ around and eliminate your foes by bouncing them onto spikes surrounding the arena. Swing for the win to be the last germ standing! Capture the Flag – With only one flag, four germs and countless obstacles, be sure to hold on for the win. Hot Potato – Bombs 101: don’t be holding it when the timer runs out… Makes a good gift for fellow germs though. Synapse Snatch – The goal is simple: grab the ball and bring it to your coloured corner. Like typical cell behaviour, there’ll be copies – stop the others from doing the same! Gobble – A germ’s gotta eat! Make sure you’re first to the feast when food spawns around the arena. Antibody – Avoid ‘Barney the Antibody’ at all costs. He’s big, mean and out to get you so keep him busy by encouraging your opponents to pay him a visit instead. 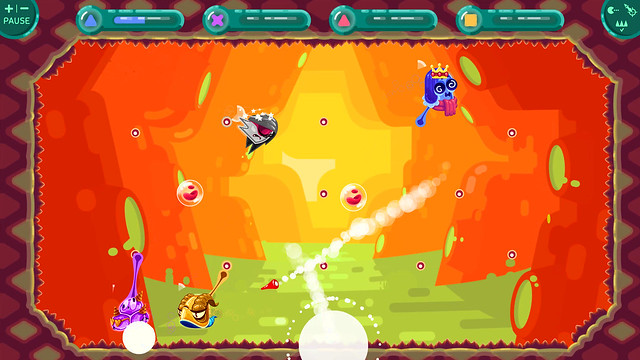 Gerrrms has been highly anticipated since its second place finish at the Big Indie Pitch at White Nights Amsterdam 2020, offering an infectious experience for all as they battle to become the germicide master!

“Gerrrms is just what the doctor ordered – with it’s wide variety of game modes, cute characters and fun frantic gameplay it’s the perfect way cure yourself from the stresses and strains of life,” said Robert Kujawa, co-founder for Bugbomb Games. “Playing against your friends and family will make you feverish for more – in a good way.”

0 0
Previous ArticleKilling Floor 2 Available Now on the Epic Games Store, Debuts as Free Game through July 16Next ArticleCrash Bandicoot: On the Run!TM Set to Bring Marsupial Mischief & Mayhem to Mobile!

PEEL OFF FOR A SEASIDE CELEBRATION OF OVERCOOKED!
August 7, 2020