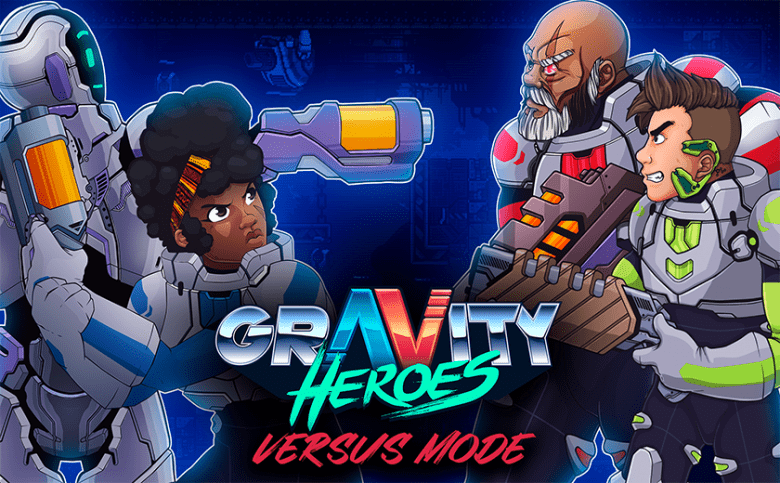 PQube, Studica Solution and Electric Monkeys are excited to share more information on Gravity Heroes‘s versus mode and announce its release for Nintendo Switch!

Today we wanted to provide a deeper look into one of the three main game modes within Gravity Heroes, versus mode! Team up or take on friends in chaotic gravity-defying gun fights. Choose your character, decide if you’re teaming up or fighting in a free-for-all, customise the rules of your match and shift your gravity into a bullet storm of fun.

Blitz your friends with a varied arsenal of weapons. Slide on walls, ceilings, and floors as you shift your gravity around projectiles and try to come out on top with the most kills. See helmets stack up as bullets, grenades and lasers fly across each level, all to an electrifying soundtrack. 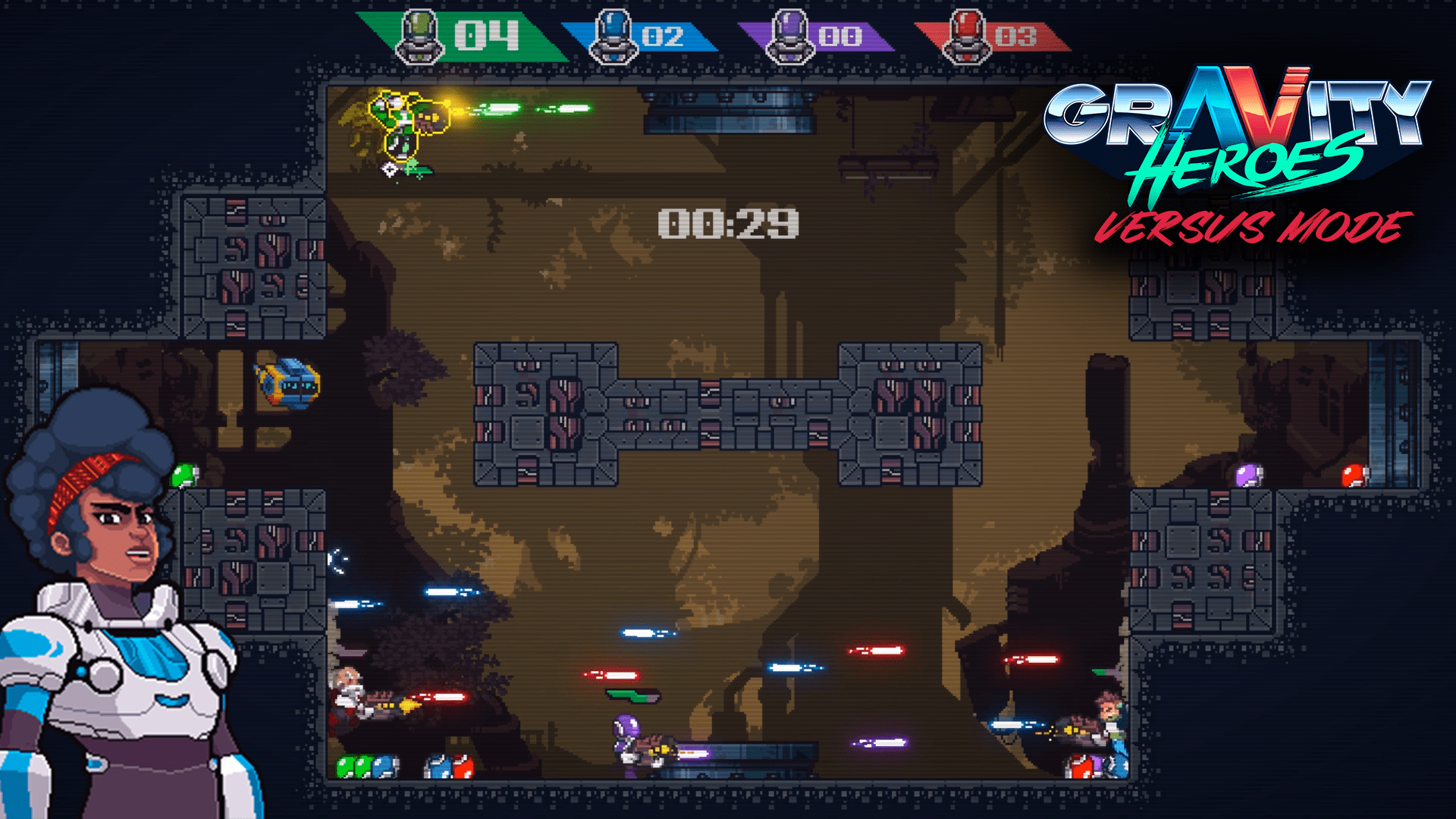 Pick and choose the rules of each match. Decide if the ‘Loot Bot’ will interrupt the game with power-ups and new weapons. Adjust time limits, player’s health percentage and starting weapons as you prepare to team up or go all out in a chaotic free-for-all. 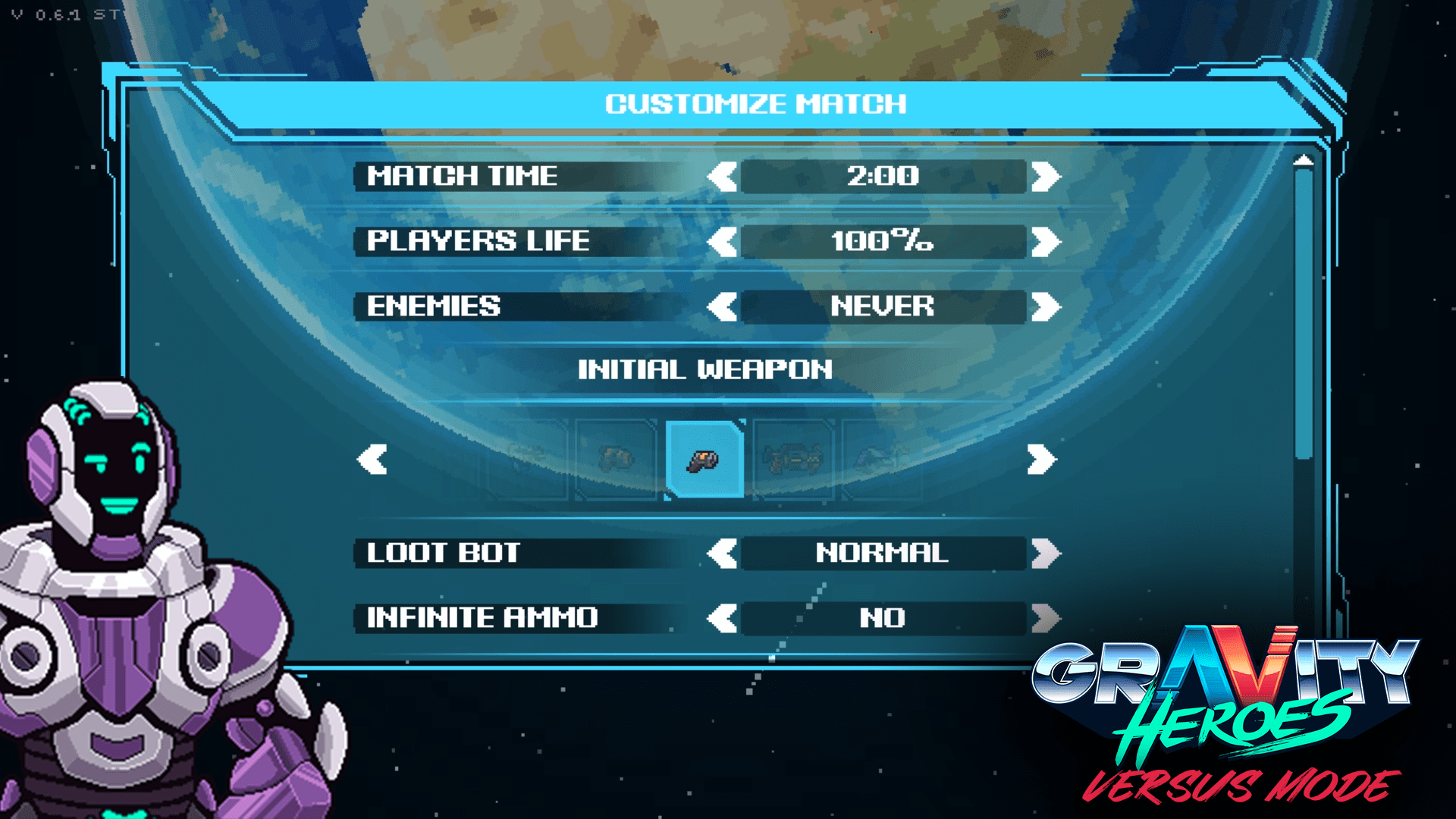 Enjoy single and multiplayer action when Gravity Heroes launches for Nintendo Switch, alongside PS4, Xbox One and PC via Steam in Q1 2021! 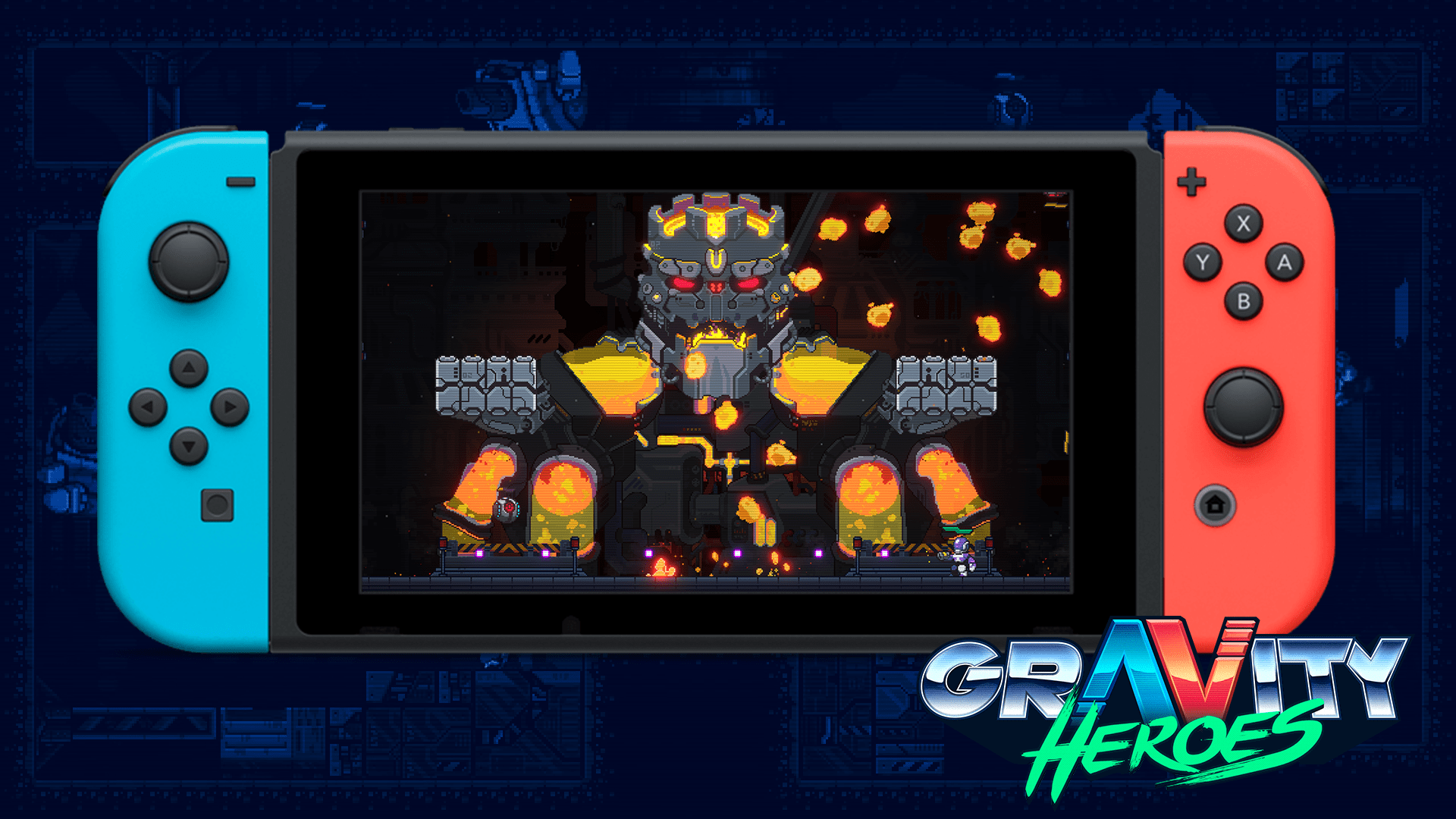 Take on the Synthetics in Gravity Heroes’ story mode

Set in the midst of a broken peace treaty between humans and a robotic-beings called synthetics, it is up to you to take a role in the special task force; the ‘Gravity Heroes’, to investigate the reasoning behind this mysterious robotic uprising.

Combat hordes of enemies by controlling gravity, collecting power-ups and finding weapons to change the tide of the battle. 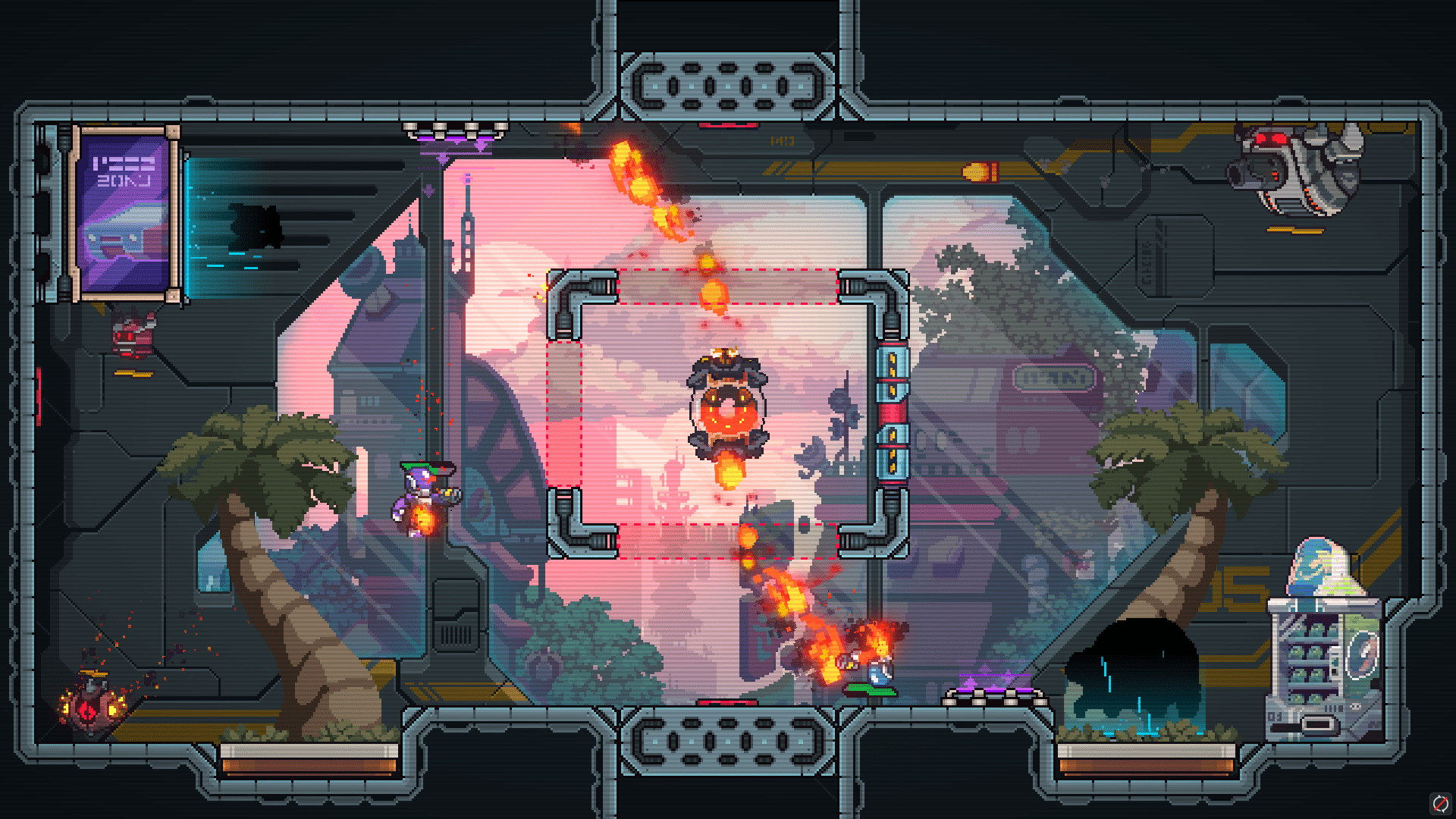 Gravity Heroes will be available in Q1 2021 for PC on Steam, Nintendo Switch, PlayStation 4 and Xbox One!