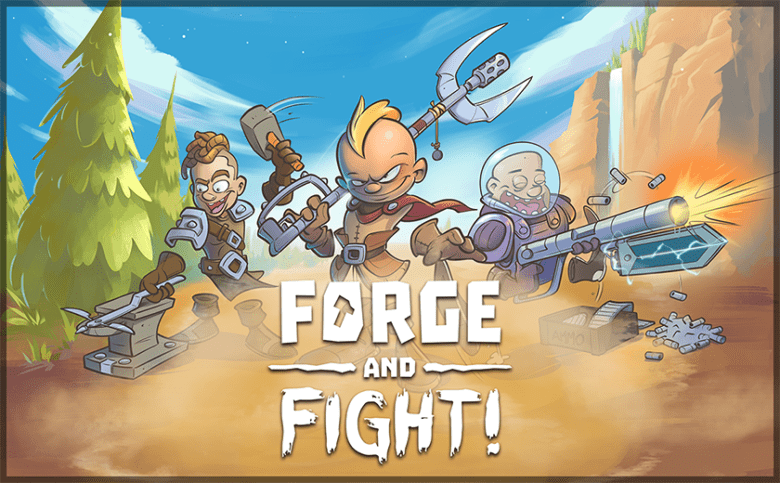 The ludicrous multiplayer action game Forge and Fight! steps out of Early Access into full launch on Steam on December 2nd with updates to physics and performance along with an updated matchmaking system that makes wait times a thing of the past. Forge and Fight! will launch with a free weekend from December 2-6th and then will be available at the permanently slashed price of 4.99$/4.99€/4.99£ to make the game more accessible to you and your friends – or maybe even random strangers if your friends are no fun at all!

“We have listened to player feedback in Early Access and are now proud to release this final version of Forge and Fight! with improved performance, stability and physics, and a matchmaking system that instantly has you testing your unique weapon creations in battle,” said said Mattias Lindblad, Founder of Flamebait Games. “We’ve also significantly dropped the price to make the game more accessible to everyone who wants to play during this unprecedented year that has seen a lot more people spending more time indoors, including this winter.”

As a blacksmith gladiator you have been tasked with creating the craziest, most annihilating weapons possible in your forge and then test your destructive abilities in the arena in freestyle arena fighting online against your friends or just whoever happens to attract your wrath. Forge and Fight! features hours of replayability online or in the open-ended Sandbox Mode where you can let your imagination run wild with 50 weapon parts to choose from. Then take out any hidden stress or aggression on armies of bots – which have been majorly improved, so this will not be a walk in the park.

Not only does Forge and Fight!’s crafting system open up possibilities to create absurdly badass weapons, but the revamped matchmaking system ensures that in no time flat you’ll be able to send your enemies flying before you like ragdolls. Well, that is if your weapon is as properly badass as you are – some of this lies on you, after all.

0 0
Previous ArticleAct One of The Waylanders Comes to a Close in New Early Access updateNext ArticleKARDS free third expansion ‘KARDS: Breakthrough’ is beginning its advance