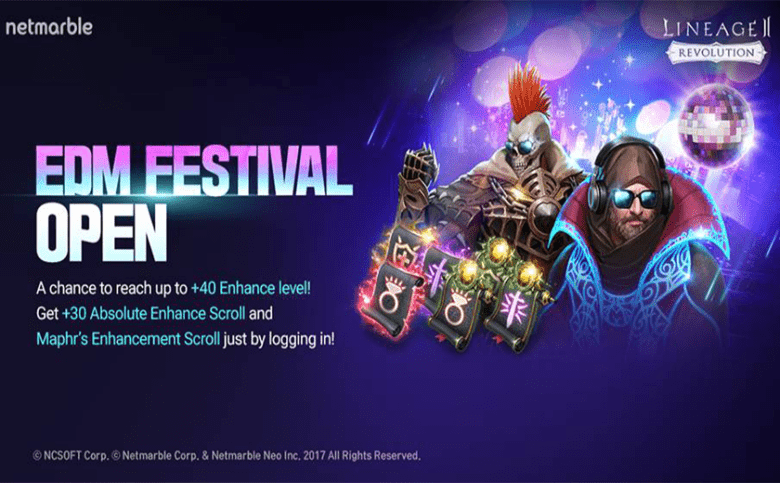 Netmarble Corp is introducing its latest update to the popular mobile multiplayer massively online role-playing game (MMORPG) Lineage 2: Revolution today. This update features additional avenues for players to grow even stronger, test their skills against other heroes, and celebrate the night away with electrifying festivals that can be enjoyed by all.

Starting today, the territory of Innadril, which consists of the Innadril Coast and the Islands of Despair, has opened up for players to explore. Because of the broad assortment of new quests and monsters for Heroes to complete, the maximum level cap has jumped from 440 to 480. Lineage 2: Revolution’s ‘Awakening System’ has also been added for UR-grade accessories, where Mana Stone can be imprinted onto equipment that impart additional stats and enhanced abilities.

In addition, the territory of Magnadin introduces a unique and exciting transformation of the city with an EDM Festival held within. Upon entering, Magnadin is transformed into a brightly lit festival where various events are held for all players to enjoy.

0 0
Previous Article‘Into the Radius’ will officially launch out of early access on July 20th, 2020.Next ArticleWEREWOLF: THE APOCALYPSE – EARTHBLOOD UNVEILS ITS CINEMATIC TRAILER