Today, Million Victories, a French-based studio behind Milion Lords is announcing over $1.4 M. in total funding to support scaling the team and marketing in the coming months.

The studio was founded in 2017 with a mix of experienced entrepreneurs and early stage tech veterans like Benoit Ducrest and Celine Allary-Espiet as well as the contribution of experienced game makers including Antoine Monjon (Assassin’s Creed, The Crew) or Paul Mafayon (Hearthstone, World of Warcraft).

In a mobile game strategy genre with over $4 billion revenue in 2018, the players seeking for a true deep strategic experience have often been forgotten by games like Game of War or Guns of Glory in favor of pay-to-win paired with heavy resource management.  Millions Lords focuses instead of creating a new segment 100% focused on strategy and a fair PvP experience for all players.

Million Lords rely on a proprietary server-side technology developed by Million Victories which enables an unlimited number of users to play online at the same time under one server. Based on Million Lords early key metrics, players are already spending over 1 hour per day and generating a revenue per daily active user (ARPDAU) over $0.50 which shows that the game focus on delivering a true strategic experience is paying off with gamers. 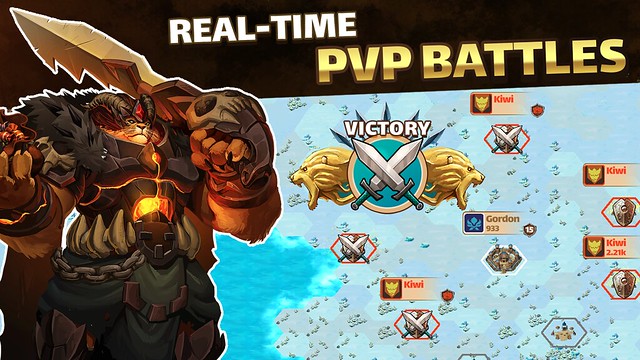 “It is exciting to go from the idea to re-create a deep strategic experience I experienced on PC when I was younger playing great games like Civilization, Might & Magic or the Total War series, try to bring this passion for strategy into the mobile age and see our early testers love the game” said Benoit Ducrest, CEO of Million Victories.

“As an entrepreneur, I know that when skills and drive are combined, you are bound to encounter a successful venture. I saw both at Million Victories when I met Benoit and Celine and I’m proud to participate in this round of funding.” said Thibaut Hanin, co-founder of Synthesio (acquired by Ipsos recently).

With already over 100,000 beta testers and counting, Million Lords will be released globally in September 2019 on iOS and Android platforms but you can already experience the beta on Android and iOS.

0 0
Previous ArticleA real-time game of football, mayhem and e-sportNext ArticleRise of Insanity Launching on PS4 and PSVR this Friday