Devastated that Doom’s launch date has moved? Have no fear! Saibot Studios, together with publisher Nimble Giant, is launching a brand new demo for Hellbound today, so you can get your frantic, blood-soaked first person shooter fix anyway! Created in homage to the 90s FPS classics such as  Doom, Quake, Duke Nukem 3D and Blood (amongst others), Hellbound focuses on action, speed and gore as you fight against hordes of enemies who have taken over a distant planet.

In this demo, get ready for your first taste of Hellbound. You will visit the Unholy Lands of Hell, a forgotten place that was sacred once. Now, just another rotten refuge for evil. Let’s make those demons pay respect to our Ancestors! 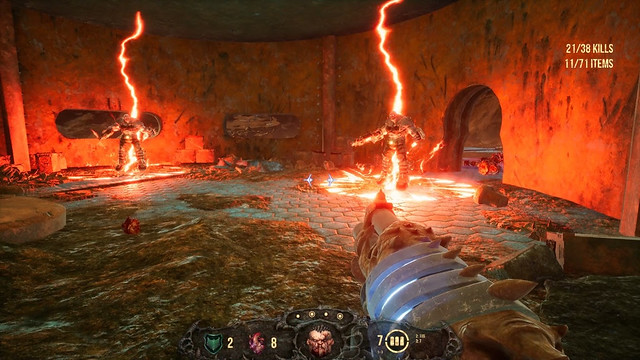 0 0
Previous ArticleWRATH: Aeon of Ruin Explodes onto Steam Early Access TodayNext ArticlePlay as multiple animals to unveil the secrets of a fallen civilization in Lost Ember, out now on PS4, Steam and GOG