The world of Kepler is full of different alien creatures. From the very beginning of your journey, you might encounter dangerous bloodthirsty monsters, stone giants and small creatures that can be both friendly allies and extremely hostile aggressors if you rub them the wrong way. Here are some of the creatures you will meet early on.

They are agile six-legged creatures with powerful jaws and sharp claws to deal with almost any foe. Kvars live and hunt in packs and each pack has its own leader. They adapted to life on Kepler with its harsh environments, becoming sharp-minded. Kvars are the kings of Savannah with many tricks to their hunting technique. Kvar might become an excellent combat companion to those who can tame it.

A small cute creature with big eyes. Thanks to evolution they are highly intelligent and considered to be one of the oldest inhabitants of Kepler. Yutts enjoy local plants and unlike the colonists, the toxic water is harmless to them. Yutts live in burrows and create underground paths. The colonist can build trust with yutts. Depending on the reputation of an individual, yutts will treat him differently.

Savannah’s fauna inhabits both the surface and the underground. Nimble and dangerous merids lurk in the local sands. Deadly claws and sturdy shell allows for a silent hunt. They are not particularly clever and guided by their basic instincts. If merid is hungry any prey will do. Merid is a fearless creature by virtue of its strong armor. Hunting it is rewarded: the merid’s shell is perfect for creating strong equipment and its meat is rich in nutrients. By the way, kvars also know that. 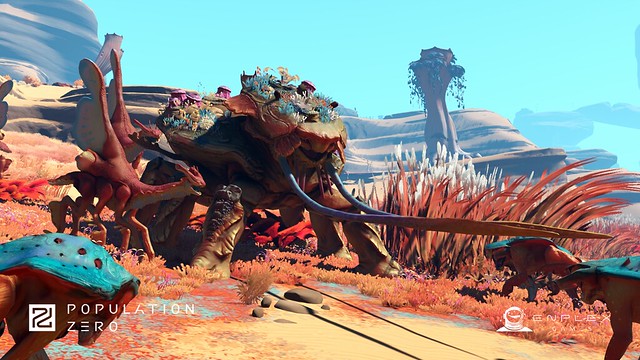 Sahrim is a stone giant. This huge creature makes its own armor by the means of environmental resources. Using flexible tentacles it gathers stones, sand, plants and enhances its shell armor. It protects Kso and in return, they produce food for Sahrim. 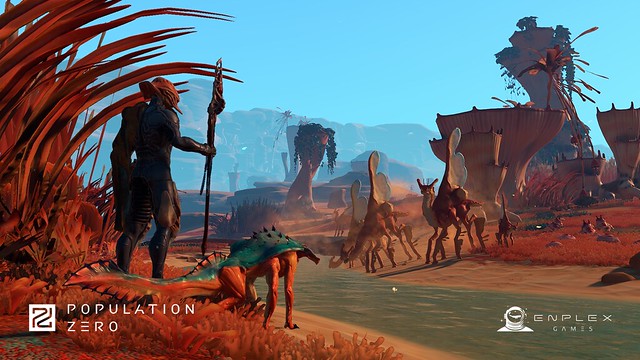 Kso is an exquisite, lively and a very humble creature. Its colorful “sail” is easy to recognize from afar. But admire this beauty with caution: if kso sees you as a threat, it will release toxic gas and will try to escape. Long legs allow him to move swiftly: it’s a challenge to catch a kso even though the hunt is worth it both for a colonist and natural predators of Kepler.