Hailing from the forests near Florin, Shai is the first support class featured in Black Desert on PlayStation 4. Shai utilizes new combat abilities and skill-buffs that are focused on avoiding danger and aiding her allies. On the other hand, Mystic is a powerful brawler, pummeling opponents with a variety of devastating martial-arts skills that strike fear into her foes.

See below for more details on Shai and Mystic’s skills, along with information on the new Dark Rifts. 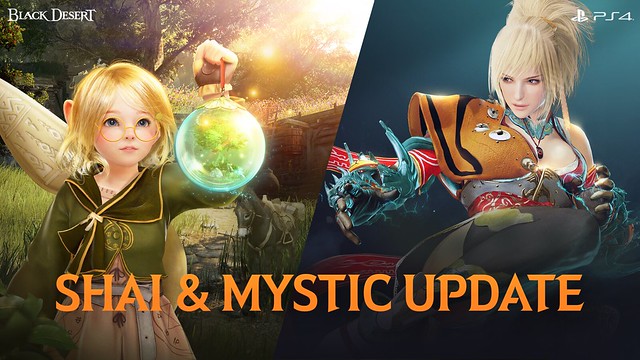