Players who are strong in the Force can now choose a side in Star Wars™ Pinball, a collection of 19 Star Wars™-themed tables on Nintendo Switch! Starting today, smugglers and droids alike can purchase the physical edition of Star Wars Pinball from leading retailers, including Target, Walmart, Best Buy, GameStop, and Amazon, for a suggested retail price of $29.99. Star Wars Pinball is also available digitally from the Nintendo eShop.

The Nintendo Switch collection offers new and exciting gameplay modes exclusive to the system – take up arms in a community-wide Galactic Struggle, contributing points to the light or dark side as you play through all our tables; level through 50 Career Ranks in a new Career Mode; and unlock special Force Power bonuses to maximize your true potential in the Nintendo Switch collection.

Star Wars Pinball takes full advantage of the unique Nintendo Switch hardware features such as HD Rumble and vertical screen orientation. Play the game at home or on the go – the Nintendo Switch provides the ultimate pinball experience wherever you are! 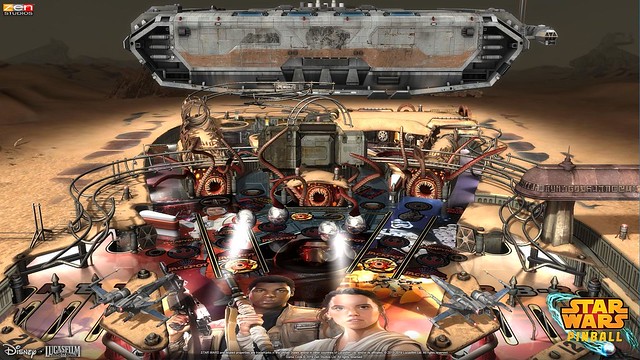 EMBARK ON A MAGICAL JOURNEY OF MUSIC IN KINGDOM HEARTS MELODY OF MEMORY
June 22, 2020