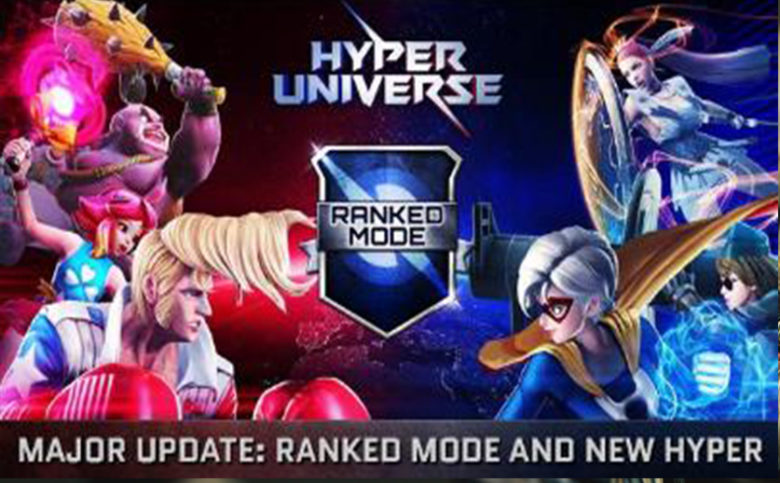 Intense side-scrolling action MOBA Hyper Universe is taking competition to the next level with the launch of its Ranked Mode Preseason, kicking off today and running through Feb. 22.

The Ranked Mode Preseason gives players the opportunity to hone their skills and tactics, become familiar with the Ranked system and prepare for the opening of Season 1 debuting on Feb. 22. Players who have an account level of 15 and at least 12 Hypers including free rotation can participate in the Preseason, and a player’s record will not count until Season 1 begins.

Joining the roster during the Ranked Mode Preseason is all-new Hyper, Captain Red, a Specialist with powerful melee and ranged attacks. Alongside his in-game debut, players have the opportunity to pick up Captain Red’s premium Dragon Force skin.

“Hyper Universe delivers an intense, action-packed experience that lends itself well to competitive gameplay,” said Jungsoo Lee, General Manager of Nexon America. “The game is more than just jumping into the map and mashing buttons, players must be strategic and develop well thought plans in order to move up the ranks and earn victories and rewards. Ranked Mode adds a whole other layer of intensity and fun to the game to keep fans engaged and coming back for more.”

Hyper Universe fans have even more to look forward as new content is planned for release over the coming months, including all-new Lunar New Year themed content and events where players to earn Celine’s Fair Maiden skin.

0 0
Previous ArticleBoardgame-Inspired ‘WARTILE’ Moves Out of Early Access With a 25% off Sale!Next ArticleBigben Announces Release Date with a New Gameplay Trailer Commentated by the Legendary Driver John McGuinness