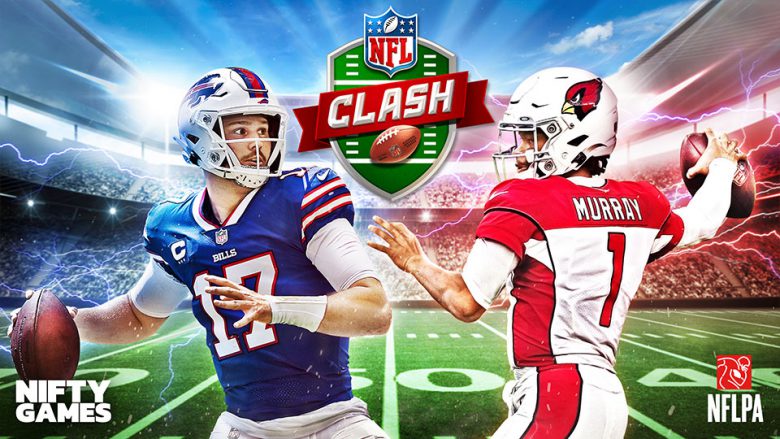 The game is officially licensed through the NFL and the NFLPA – the new fast-action, NFL mobile game where you draft your ultimate football dream team from a line-up of the NFL’s most acclaimed players, and challenge rivals in quick, head-to-head matches as you fight for leaderboard domination.

NFL Clash, a quick-session, head-to-head NFL mobile game, is now available worldwide for free download in the App Store and Google Play. In addition, Josh Allen, quarterback for the Buffalo Bills, and Kyler Murray, quarterback for the Arizona Cardinals, have signed on as the game’s featured cover athletes.

EPIC BATTLES ON THE GRIDIRON! Whether you’re a casual football fan or sports gaming pro, NFL Clash will guide you in building your team and then instantly take the field for quick, seamless, head-to-head matches against opponents.