October has finally reached its scary end, but that doesn’t mean the frights and spooks end for PlayStation Plus subscribers. Courtesy of PlayStation, they have announced the next two games for November, and man-oh-man … it’s a bit of a doozy. Prepare for the fight of your life as you’ll be locking swords with other-worldly evil in brutal action-RPG Nioh, and struggle for survival in the very intense psychological horror Outlast 2 – both joining the PS Plus monthly games lineup on November 5th. Now remember, you still have time to download both The Last of Us Remastered and MLB: The Show 19 until then, so be sure to do so. 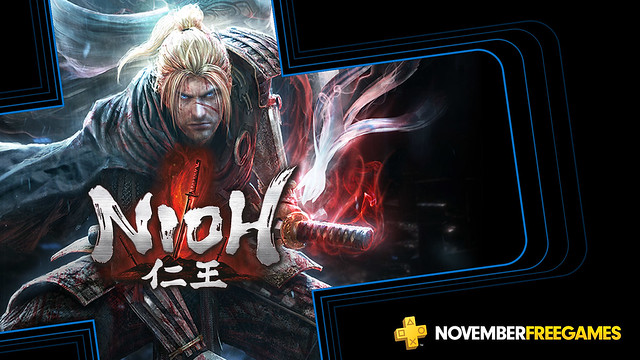 Originally released worldwide in February 2017, Nioh is a visceral, action-driven adventure where you must hone your skills, upgrade your weapons, and demonstrate perseverance and mastery in besting some of ancient Japan’s fiercest demons. You will travel to the blood-soaked Sengoku period of Japan and take on the role of an embattled outsider as you fight to liberate a guardian spirit from the clutches of a power-hungry sorcerer. 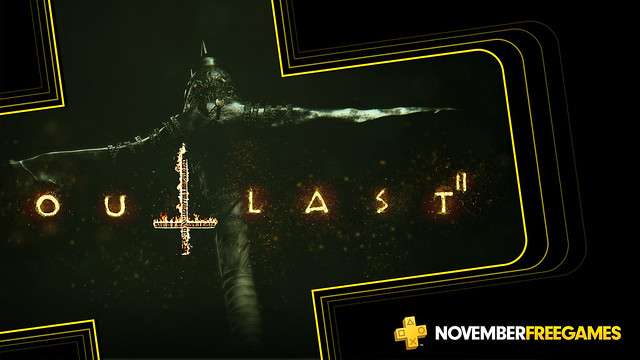 Released on April 25th, 2017, immerse yourself in a desperate fight for survival in an isolated rural community as you attempt to rescue your kidnapped wife from the clutches of a deranged cult. Having narrowly escaped death in a helicopter crash set-out to the rundown village of Temple Gate, and do your best to avoid its crazed inhabitants as you fight to locate your partner.

Haunted by your troubled past, look for answers as you uncover the evermore disturbing secrets lurking beneath the town and the twisted ambitions of its charismatic leader.

Both Nioh and Outlast 2 are available to download from the PlayStation Store between November 5th and December 3rd.

While I have never played Nioh, I have played Outlast 2. Even though it took me several more hours to beat it compared to the first Outlast, I enjoyed it just as much as the original game. Reviews may have been very divided when it came out, but I thought it had a great atmosphere, great characters, and great design of the maps. Overall, it’s a solid survival horror game worth checking out.

I have seen others play Nioh so I want to get into playing it myself. PS Plus is the best way to jump in and see what everyone has been saying, and it’s just in time before Nioh 2 hits store shelves and the PlayStation Store in 2020.

That’s all we have for now, but remember, you still have a few days left to pick up October’s PlayStation Plus titles. Stay tuned to GamingLyfe for more!

1 0
Previous ArticleENGAGE YOUR IMMORTAL NEMESIS THE KUVA LICH AND INHALE YOUR FOES WITH GRENDEL IN WARFRAME THE OLD BLOOD UPDATE, AVAILABLE TODAY ON PCNext ArticleWelcome to the ‘House Of Golf’! Arcade style golf title tees off exclusively on Nintendo Switch 8th November!