Paradox Interactive and Triumph Studios today announced the newest update to the hit turn-based strategy game, Age of Wonders: Planetfall. Do you feel the ground quaking? This Tyrannosaurus-sized addition to the game comes with a massive number of new features that were crafted utilizing fan feedback. The team at Triumph Studios developed the new content with the goal of perfecting and adding to the rich gameplay that longtime players know while making it easier than ever for newcomers to jump into the action. The Planetfall team and community have banded together to make this the most expansive gameplay update Age of Wonders: Planetfall has released since its launch in August 2019.

Players will be able to experience long-requested features such as the addition of even greater ranges for difficulty settings. Multiple sliders can be adjusted to change how much resistance will be faced for a very casual or extremely intense game. In addition, the new Exploration Sites provide an added layer of strategy and gameplay to the mid-game phase awarding unit buffs and economic bonuses. A returning fan-favorite feature is also coming back in this update, ‘No Colonizer Mode’ which gives players the ability to block colonizers from creating new colonies making battles much more military-focused with smaller scale empires. 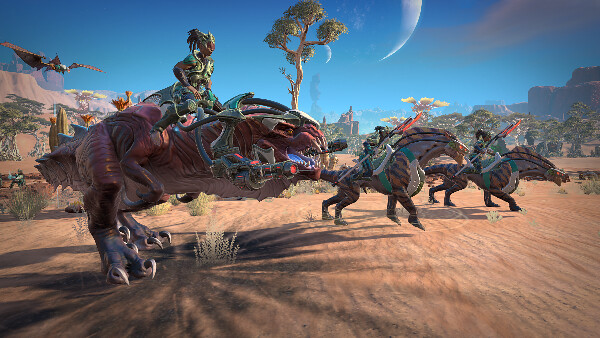 Other New Features include:

SAND AND DELIVER! NECRONATOR: DEAD WRONG GETS ITS BIGGEST UPDATE YET
April 3, 2020