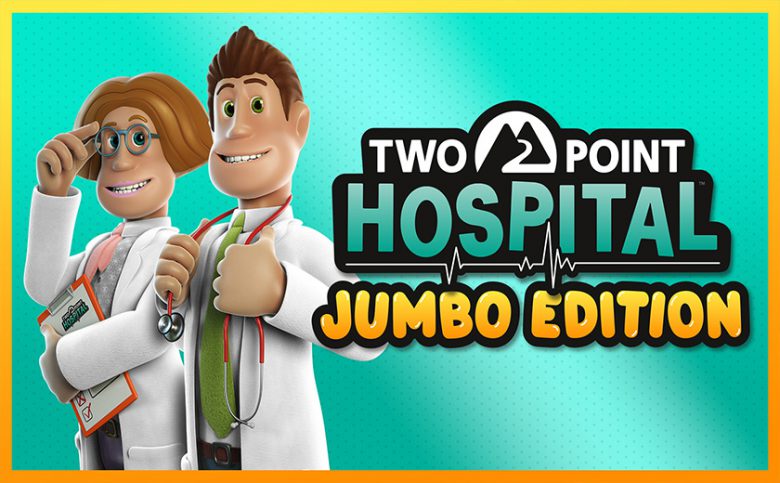 Two Point Hospital: JUMBO Edition is out now on PlayStation® 4, Microsoft Xbox® One, and Nintendo™ Switch!

JUMBO Edition brings a jam-packed bundle including the base game, four expansions, and two item packs for a total of 27 hospitals, 189 illnesses, and lots of items to place in your hospitals! Players can travel to new areas in Two Point County and discover extra-terrestrial species in Close Encounters or join Two Point County’s mayor on her journey to ecological success in Off the Grid.

Turn back the clock with a delightful collection of 26 retro and vintage items to place in your hospitals with the Retro Items Pack or channel your inner artist with the Exhibition Items Pack.