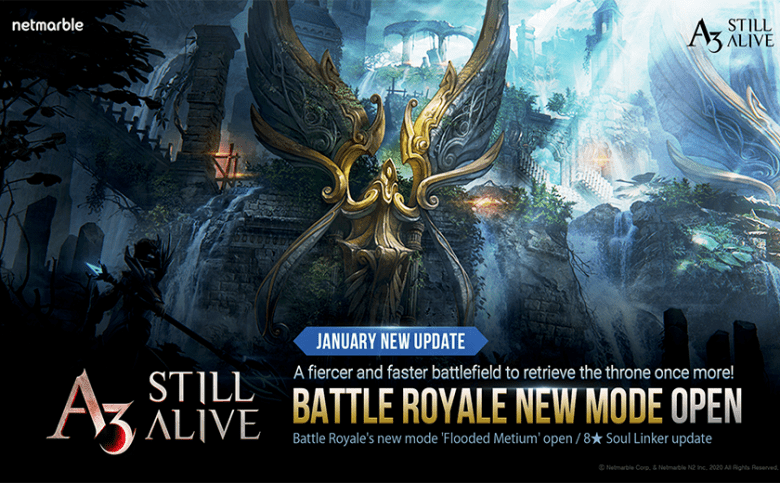 The latest update for A3: STILL ALIVE, Netmarble’s Dark Fantasy Open World MMORPG on the App Store® and Google Play, is now live and introduces an all-new Battle Royale mode, enhancements to the Soul Linkers system, and in-game events that will run from today to February 4 for players to participate in. One of these events is also celebrating the game’s recent achievement of over five million global downloads less than two months after its November 10 worldwide launch.

Starting today, an all-new Battle Royale mode– Flooded Metium – is now available for competitive warriors eager to conquer an unexplored map. Player Soul Linkers have also been enhanced, as the original 7-Star Soul Linkers can now be upgraded to the 8-Star level. In addition, the Somius Wake Night Festival will launch on Jan. 28 before A3: STILL ALIVE’s next major update so players can prepare and collect additional rewards and Bonus Time in advance.

This month also brings other in-game activities to A3: STILL ALIVE, including: 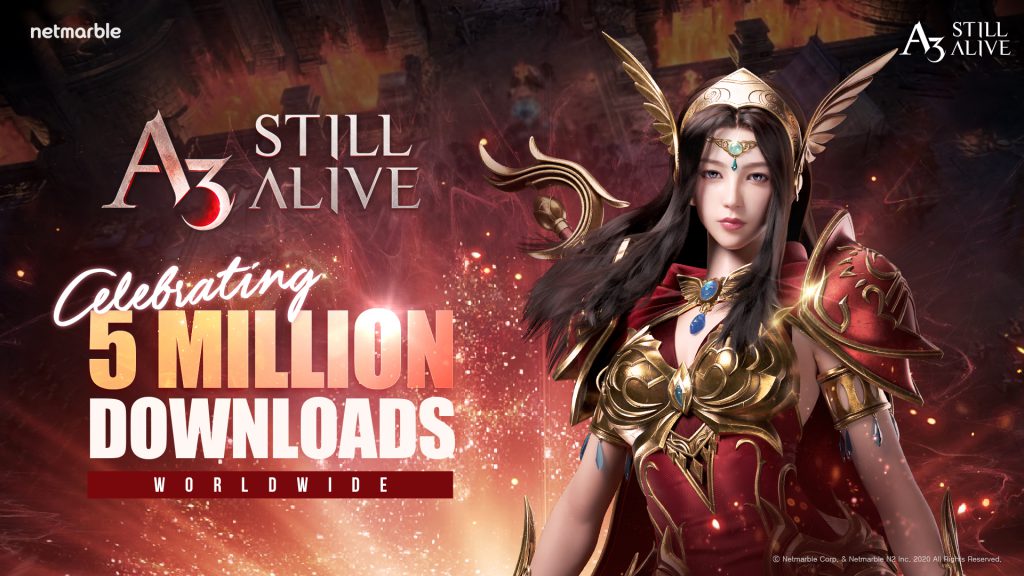 Set in an apocalyptic fantasy world of swords and sorcery, A3: STILL ALIVE is a cross-genre mobile experience that pairs the enormous and living worlds of Open-World RPGs with the extreme combat of Battle Royale. Players must be vigilant in an always-open Player vs. Player (PvP) environment as they fight against enemies with intense hack & slash combat and prove their mettle in a variety of PvP and Player vs. Environment (PvE) modes. A3: STILL ALIVE is beautifully rendered with splendid console-quality 3D graphics that are brought to life thanks to the outstanding optimization of the Unity Engine.