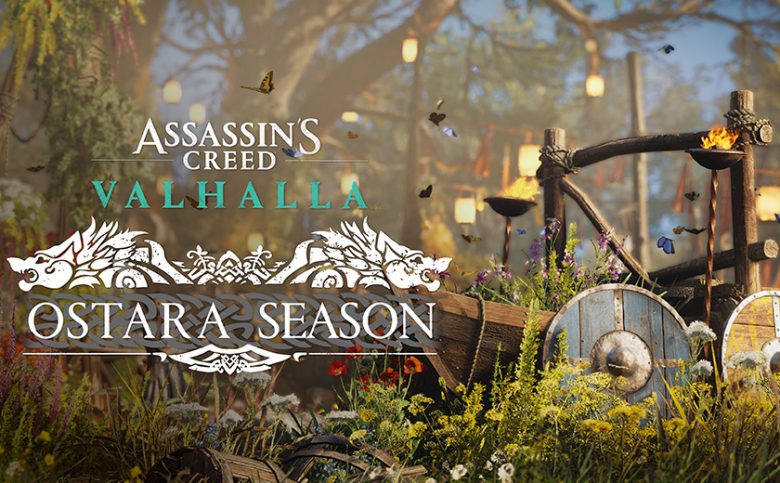 Ostara Festival, the first update of Ostara Season, invites players to discover an in-game event active until April 8 in a dedicated area of Ravensthorpe. Various Easter-themed festivities will be available, including:

To experience the Ostara Festival, players must reach England and complete one of the first narrative arcs – either Grantebridgescire or Ledecestrescire. The festival will then be triggered automatically when players visit the settlement. To access the May-Queen activity, players’ settlement must have reached Level 3.

Starting today, players will be able to change Eivor’s gear appearance with visual customization, better known as transmogrification or “Change Appearance” in-game. The original gear and armor stats remain unchanged as Eivor is visually customized, allowing players to stick to their build and unleash their inner Viking in style. Once a piece of gear or a weapon is found, its visuals can be equipped in exchange for silver by visiting the Blacksmith in Ravensthorpe if the item is from the same category.

To celebrate the Assassin’s Creed Valhalla community, players will receive Altair’s Outfit, the Yule Gear Set and cosmetics, and 300 opals for free. To claim the rewards, they must access the Animus Store. 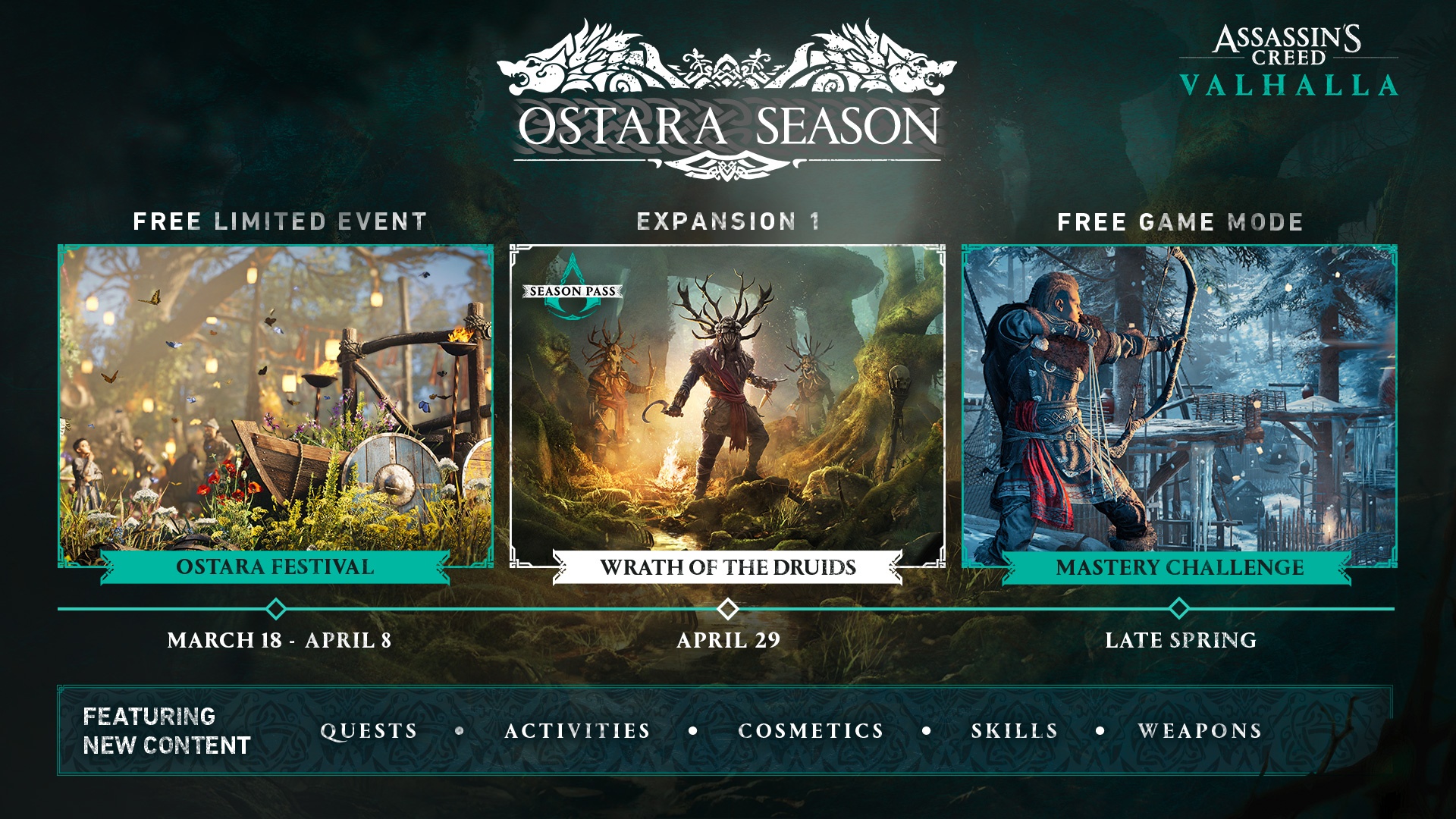 In Wrath of the Druids, available on April 29, players will journey to Ireland and unravel the mysteries of an ancient and mysterious druidic cult, tracking and discovering their members. Diving into Gaelic myths and folklores, they’ll need to fight their way through haunted forests and dazzling landscapes while gaining influence among Gaelic kings. The Wrath of the Druids expansion can be purchased as a standalone for $24.99. Players can also access the expansion through the Season Pass, available now for $39.99 or as part of the Assassin’s Creed Valhalla Gold, Ultimate, and Collector Editions.