The Pokémon Company International has unveiled the newest expansion for the Pokémon Trading Card Game, Sword & Shield—Darkness Ablaze, arriving around the world on August 14, 2020.

Sword & Shield—Darkness Ablaze introduces highly collectible cards including Charizard VMAX, as the fan favorite Charizard makes its Gigantamax form debut in the Pokémon TCG—just like in the Pokémon Sword and Pokémon Shield video games. In addition, Trainers will be able to pull more Pokémon from the Galar region as Pokémon VMAX, such as Centiskorch VMAX and Grimmsnarl VMAX in their Gigantamax forms, and the Legendary Pokémon Eternatus VMAX in its unique Eternamax form. 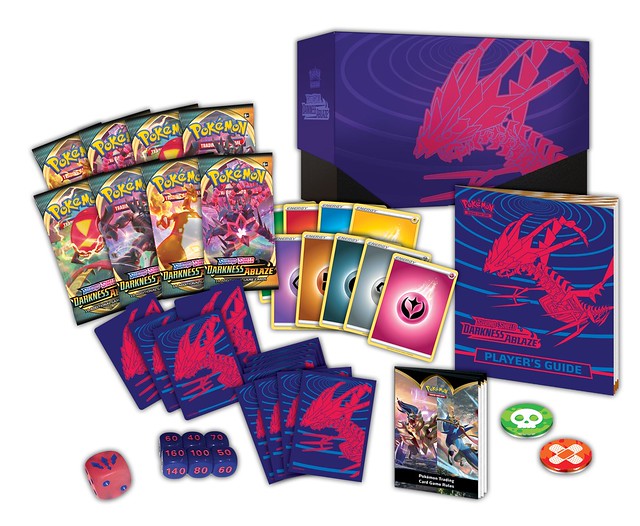 The full expansion includes the following:

Fans interested in playing with cards from the expansion before launch can do so by picking up the Sword & Shield—Darkness Ablaze Build & Battle Box, available through their local participating Pokémon TCG retailer starting August 1. Each box contains four Sword & Shield—Darkness Ablaze booster packs; a 23-card Evolution pack featuring key cards from current and prior sets, including one of four alternate-art promo cards; and a deck-building tip sheet.