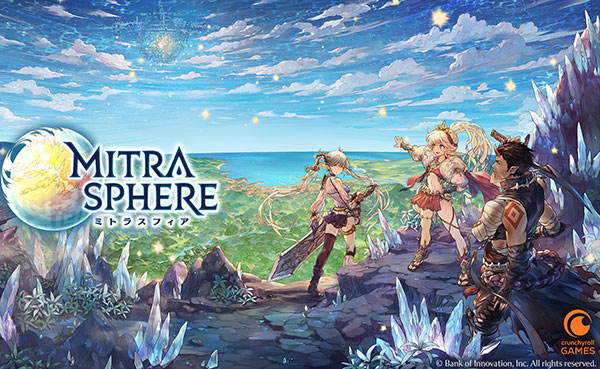 Mitrasphere will feature a variety of game modes including the main story, boss battles, ancient raids, and unique events.

Main Story: Overcome fate’s obstacles as you journey across Mitrasphere in resistance against the Heavens. The Main Story includes numerous chapters of a tale against all odds.

Boss Battles: Team up with friends and other adventurers to defeat dozens of difficult bosses with challenging abilities and legendary drops.

Ancient Raids: Not all raids are alike. Strap on your best gear as you will need to come together with fellow adventurers to tackle monsters of varying stripes with great effort and excitement.

Events: Games are at their best when they offer something fresh at every turn. With a plethora of unique events, players can look forward to frequent new experiences.

Players will interact with fully customizable characters and be able to switch between five classes:

Swordsman – A high-damage dealing class that specializes in sword and dual sword skills. Swordsmen offer the highest single-target damage output and a knack for flair.

Guardian – The quintessential frontliner and premier tank. The Guardian is your go-to for taking heat and protecting the backline while staying immaculate.

Cleric – The healer with its own armory of powerful area-of-effect abilities and the unique power of revival. Keep your allies up in raids, and destroy monsters on the side.

Archer – The buff, debuff, and damage specialist. Archers are the masters of the bow but also dual sword-wielding experts. Having an Archer on your team can be the difference between an easy battle and a close victory.

Mage – The explosive AOE and burst damage spell renderer that can safely build up their special ability from the backline. Mages are essential when dealing with multiple enemies.

“Mitrasphere” is available for download on Android and iOS devices.