Seto Kaiba, Yugi Muto’s arch-rival from the Yu-Gi-Oh! series, has been confirmed as one of the nine upcoming DLC characters for JUMP FORCE, now available for the PlayStation®4 computer entertainment system, Xbox One, and PC via STEAM®. Kaiba will be released in May along with two other characters. The following six will be released at later dates. 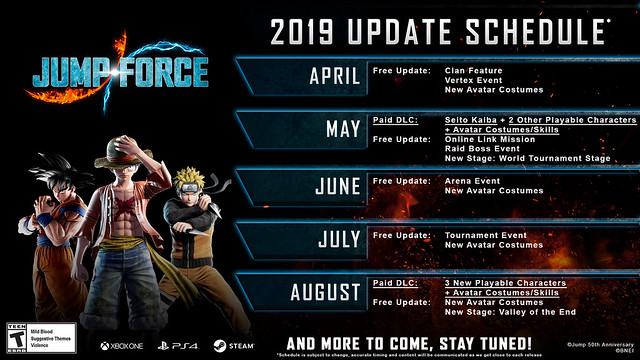