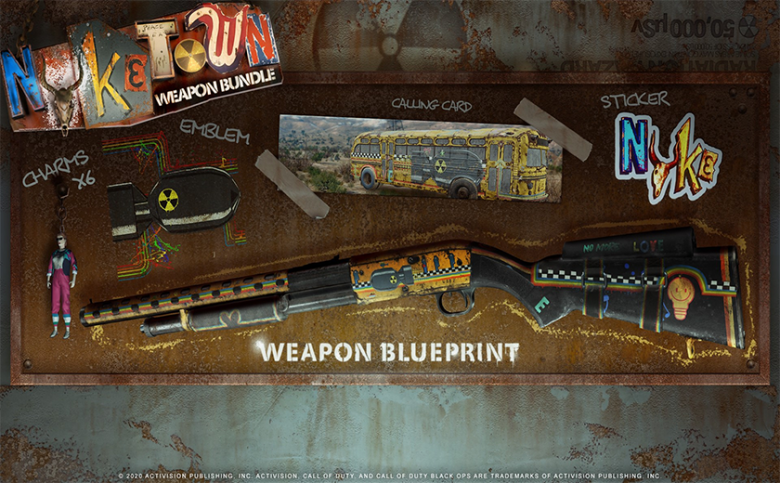 With Nuketown ’84 set to drop with a bang on November 24, it’s time to crank the hype up to 11 with a free bundle based on this iconic Black Ops map.

Available now in Black Ops Cold War, the Nuketown Weapon Bundle is a 10-item pack that features an absolutely bomb shotgun Weapon Blueprint, a half-dozen mannequin Weapon Charms, and some other items that will help prepare your weapons and profile for the Nuketown ’84 launch. Although this bundle is separate from that map, which is set to be released on November 24 (free for all players!), it’s a must-have for Operators who want to make an explosive statement in Multiplayer, Zombies, or in the next evolution of Warzone™ when Season One begins on December 10.

Here’s all the intel on this limited-edition bundle that brings Black Ops to the upcoming Black Friday weekend: 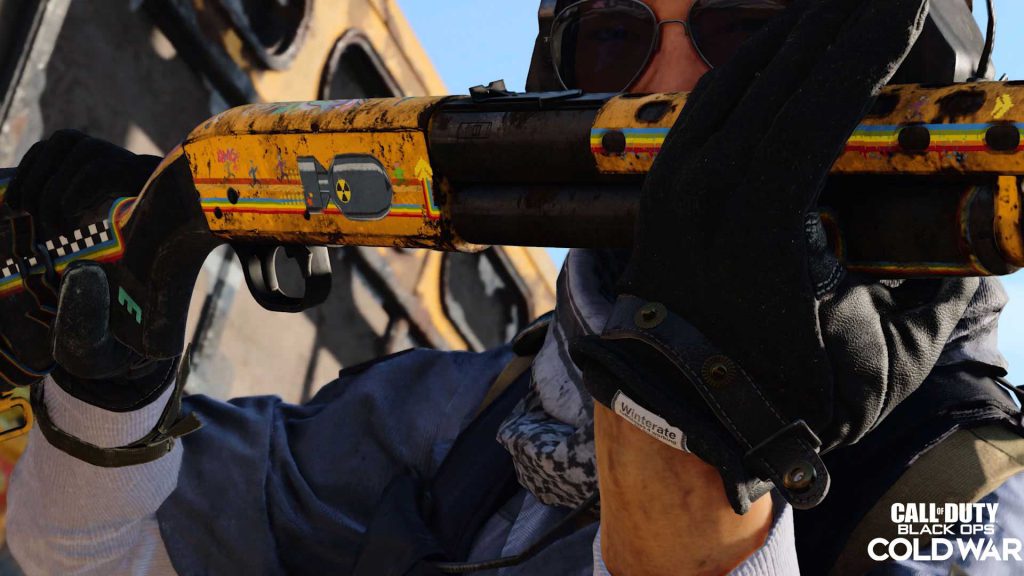 As a special thank you to everyone who played Black Ops Cold War since its release, every player who logged in from when the game launched on November 13 to 10 a.m. PT on November 20 will automatically receive the Nuketown Weapon Bundle. You’ll find all its items waiting for you in-game by November 20 at 12 p.m. PT, well ahead of Nuketown ’84’s debut on November 24.

The Nuketown Weapon Bundle will also be included with every purchase of Call of Duty: Black Ops Cold War from now until December 4 at 2 a.m. PT, making this Black Friday season a great time to jump into the next generation of global combat if you have yet to experience it. So long as you log in and play the game before December 4, you’ll receive this bundle on top of any edition-specific rewards included with your purchase. 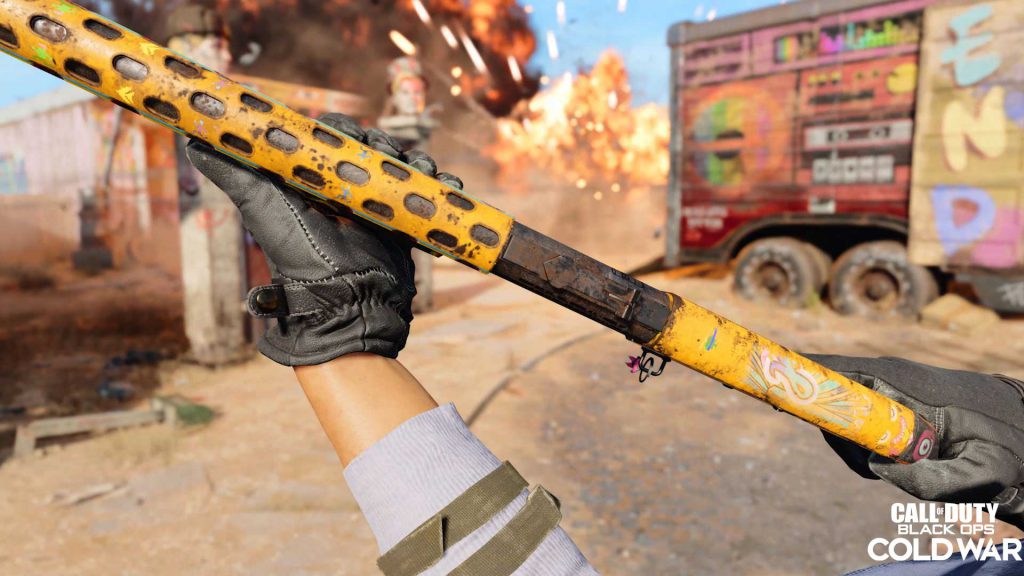 What’s Inside the Nuketown Weapon Bundle

Prepare to infiltrate Nuketown ’84 (or any operation in Multiplayer or Zombies) with these 10 items:

Note: when Warzone transitions on December 10 at the beginning of Season One, all these items will be available for use across your loadouts and profile.

Log into Black Ops Cold War today, or purchase the game, to get the Nuketown Weapon Bundle before its half-life is over. 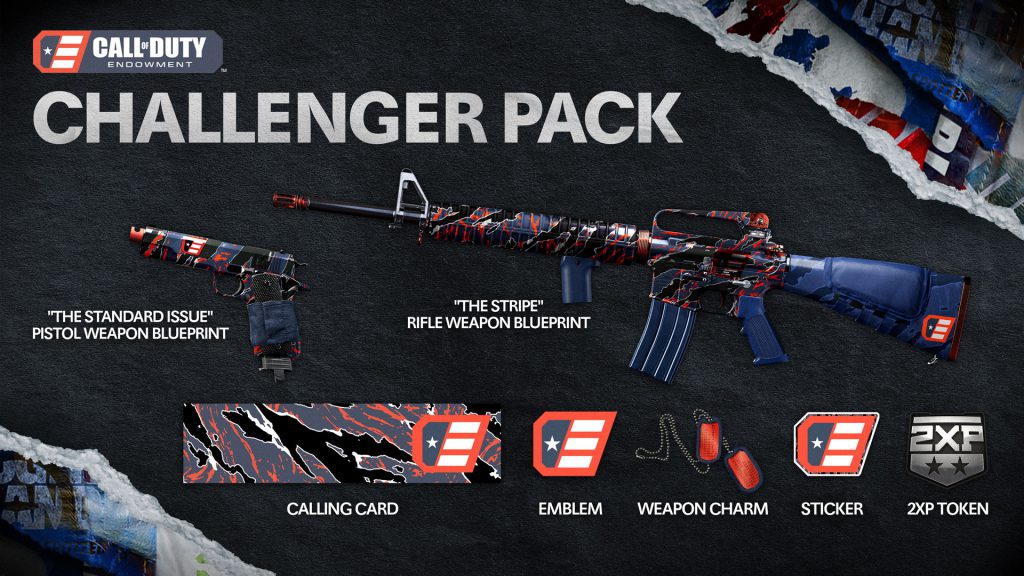 Want two Weapon Blueprints, a Double Weapon XP token, and more personalization items, all while helping veterans in the US and UK find high-quality jobs?

Activision’s net proceeds from sales of this pack will support the efforts of the Call of Duty Endowment, which helps veterans find high-quality careers by supporting groups that prepare them for the job market, and by raising awareness of the value veterans bring to the workplace.

The pack is only available up until $5 million USD is raised for this cause, so act now and help support veterans across the United States and United Kingdom. 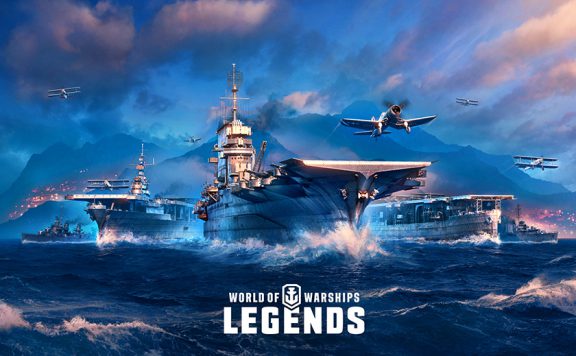 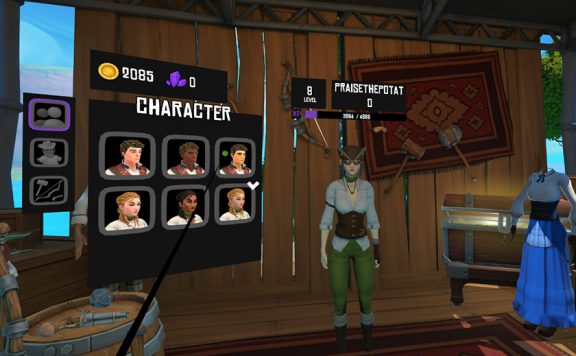