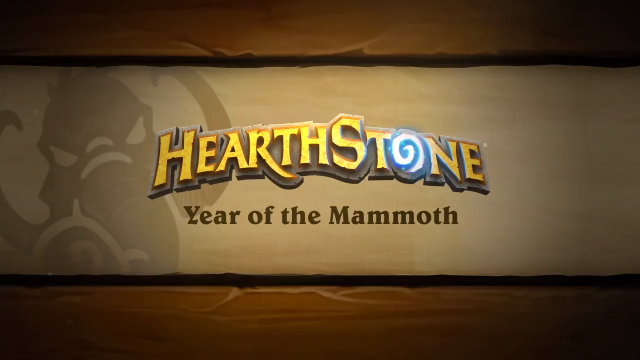 Certain cards from the Classic set will also become exclusive to the Wild format. These cards will be added to the new Hall of Fame set, which will also include cards that are currently in the Reward set.

Cards moving to the Hall of Fame set include:

In the Year of the Mammoth, cards will be acquired via packs—just like other expansions in the past. Additionally, each release will include optional single-player missions that will help develop the expansions’ thematic narratives and offer fun challenges.

The second expansion of 2017 will be our first step in this new design direction, and we plan on building on this concept over time. Additional details about the new release model will come later.

Celebrate the Year of the Mammoth
Before the release of our next expansion, there will be daily login rewards available for a limited time, offering dust, gold, and expansion packs, along with a few other surprises. Login rewards aren’t the only things we’re offering, though; the new Rogue Hero, Maiev Shadowsong, will also become available with the Year of the Mammoth. Once the next expansion launches, you just need to win 10 games of Hearthstone in Standard Ranked or Casual mode to acquire her.

A lot of exciting changes are coming to Hearthstone in 2017. We hope you’ve enjoyed this look into the year ahead, and we’ll see you at the Inn!