Necronator: Dead Wrong is now available to purchase on Steam and Humble for its Early Access launch. Become a budding necromancer and raise an army of the undead right from the comfort of your evil lair…

A comedic micro RTS game with a deck-building twist, Necronator: Dead Wrong allows players to collect and deploy undead units and build an army to conquer the insufferable goody-two shoes of the Livmor Alliance and restore Necronator to his former glory. Developed by Toge Productions, the creators of the Infectonator series and Coffee Talk, and published by progressive indie publisher Modern Wolf, the game’s unique art style and a series of different single-player narrative campaigns make for a quirky RTS game that oozes originality. 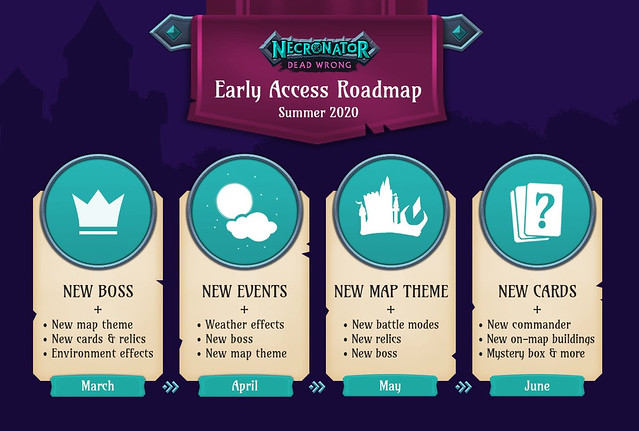 There are loads of new features, cards, commanders, enemy bosses, biomes, and more planned for Necronator: Dead Wrong, and it will all be in the game this year. Players can expect a major update for the game every month.

WHEN I WAS YOUNG is available in Early Access!
February 20, 2020