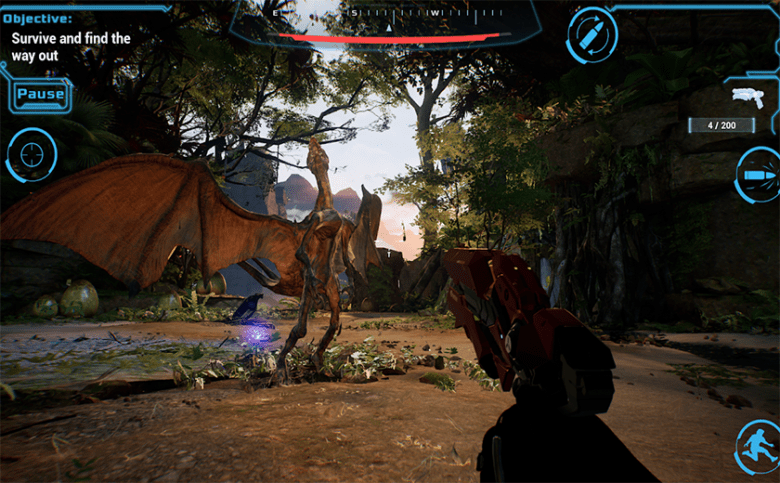 “The TauCeti Unknown Origin tech demo offers sci-fi fans a glimpse of the tremendous, fully-realized world we have planned for the final game,” says Lubomír Dykast, CEO and Creative Director at BadFly Interactive. “Our proprietary technology was built from the ground up to take full advantage of hi-end mobile devices and deliver heart-throbbing survival action experiences from anywhere in the universe.”

TauCeti Unknown Origin throws the player directly into the danger. Your space ship, famed ESS Meridian (known from Dead effect 2) has gone haywire and crashed. The escape pod saved your life and brought you safely to the surface of the planet Tau Ceti f, directly in the jungle full of unknown life forms, some of them possibly intelligent, and now littered with the debris from the crashed ship. Can you survive and uncover the secrets of the planet?

TauCeti Unknown Origin is a beautiful but dangerous place. From thick tropical rainforests to deep canyons and dangerous marshes, it’s full of dangerous fauna and traces of ancient civilizations. Mysterious crumbling temples can offer shelter and knowledge, but they’re often full of danger. Lifeforms on the planet are not friendly and they don’t take kindly to pieces of your broken ship and a handful of human survivors.

As mobile game fans explore the exotic, rough and unexplored real-life planet TauCeti f, they will learn the ins and outs of the title’s best weapons to defeat intimidating enemies, collect loot, customize their character, and determine the early enhancements for their unique playstyle. It does not take much to fall for the immersive dangerous world that BadFly can’t wait to bring to life soon.