Level 99 Games is excited to announce the upcoming release of Exceed: Shovel Knight—a fighting card game featuring the characters from Yacht Club Games’ iconic Shovel Knight series. For the first time, players will be able to take on the roles of characters such as Shovel Knight, Shield Knight, Enchantress, and the eight members of the Order of No Quarter in head-to-head combat.

Released in 2014, Yacht Club Games’ Shovel Knight has become a modern classic. It is currently available on multiple platforms, including its most recent release on the Nintendo Switch. Shovel Knight continues to be updated and improved, with the next upcoming DLC, King of Cards, due to launch later this year. 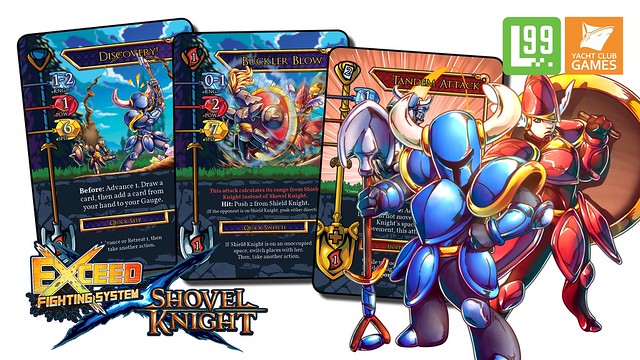 Exceed brings to the tabletop a robust system of dueling card play reminiscent of action-packed, fast-paced fighting video games. The series has already featured well-known fighters from the cult classic video game Street Fighter, as well as crossovers with such diverse brands as Penny Arcade and the Red Dragon Inn. Level 99 Games is excited to welcome the cast of Shovel Knight into the roster as well, ushering in a new season of exciting fighters to collect, learn, and master.

Exceed: Shovel Knight will be available in two large boxes, retailing at $29.95 each, and two smaller expansions retailing at $11.95 each. The full-size boxes feature everything a player needs to start the game, including rules, a play area, and four complete fighters. Smaller expansions feature just a single fighter. Each fighter in Exceed comes complete and ready-to-play—players do not need to collect or trade to complete their decks. The game is easy to jump into casually, but deep enough to play again and again. 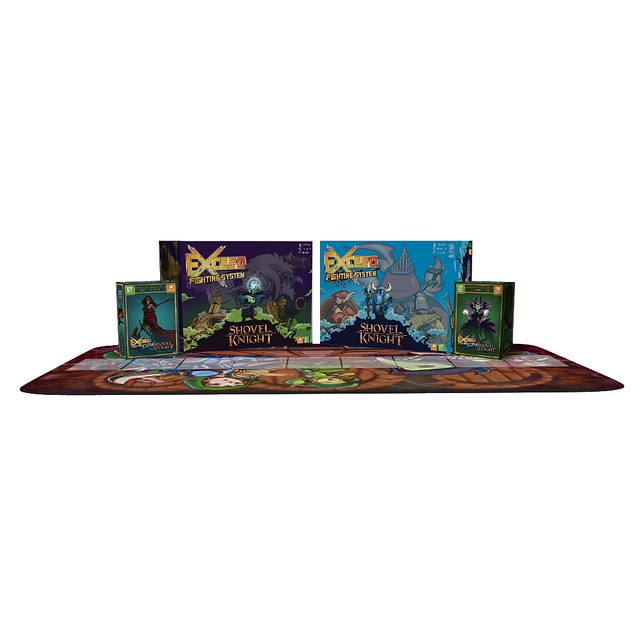 Fans can pre-order the complete Exceed: Shovel Knight bundle and receive an exclusive playmat for just $99.95 on Level 99 Games webstore. The full lineup of games will be available starting in December 2019!

Level 99 Games is excited to announce our next upcoming project, Bullet♥︎!
April 15, 2020