We’re excited to share that Neverwinter: Infernal Descent is now available on Xbox One and PlayStation®4. The latest major update for the free-to-play MMORPG set in the Forgotten Realms has Neverwinter players experience an epic adventure based on Wizards of the Coast’s Dungeons & Dragons tabletop adventure, Baldur’s Gate: Descent Into Avernus.

With the latest update, a dark orb hovers and pulses in the sky over the Stronghold of Vallenhas. Players follow the tragic story of the Vallenhas family stronghold which brings a new series of adventures. To thwart the ruthless archdevil Zariel’s plan to sacrifice hundreds of innocent souls, players must take on an epic adventure with two new heroes, the Paladin Alric Vallenhas and the Bard Etrien Sael, along with old and unexpected allies.

As Neverwinter players descend into the fiery depths, they will experience a new endgame campaign specifically crafted for level 80 characters, a vast adventure zone with heroic encounters and a new challenging endgame dungeon set in a devil’s citadel right above Avernus. Other notable Descent Into Avernus-themed additions include unique story instances, new fiendish enemies, equipment, and more. 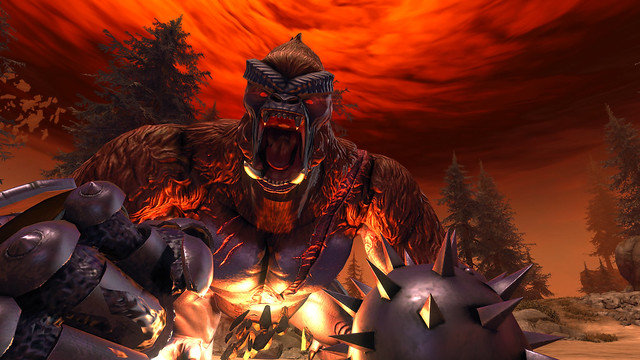