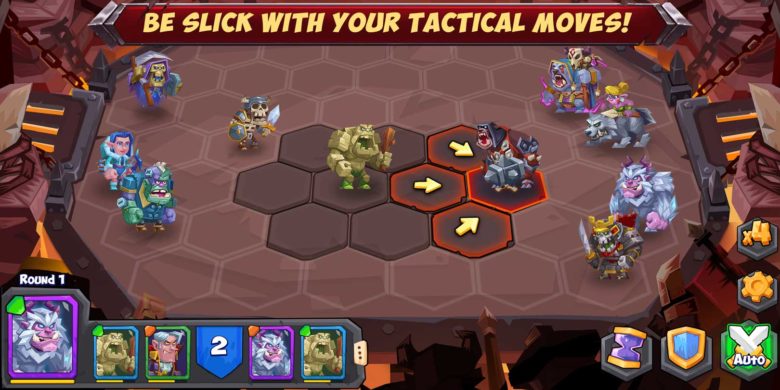 With less than two weeks until the night frights arrive for All Hallow’s Eve, developer Camex Games has released a new trailer featuring Nobu, the ghost zombie samurai. Nobu is one of the many creatures and characters players will encounter (and recruit!) in Camex’s upcoming tactical turn-based combat game,Tactical Monsters Rumble Arena, set for a November release on mobile and PC/Steam. In Tactical Monsters, Nobu is a fearsome melee combatant, ready to bring spectral punishment to all adventurers who dare face his deadly blades and dark magic! The all-new trailer gives a quick taste of Nobu in action, as he delivers the smack down to opposing players.

Fighting under the moniker of the Ghost Samurai, Nobu was an orphaned samurai who was turned immortal through dark magic. Now he wanders the land, a vengeful undead warrior who seeks payback for those who made him what he is.

Nobu is one of the major characters in Tactical Monsters Rumble Arena, and a beast of a melee monster. With high hit points, high damage rating, and a killer critical hit percentage, Nobu is best used on the front lines in close combat against the opposing team’s monsters. Nobu’s skills are focused on hand-to-hand combat and making the enemy hurt when dishing out a critical hit, including Upward Strike, which will knock the enemy back one cell on the battlefield if the strike is a critical hit, and Bushido, which will increase the chance of a critical hit when Nobu’s HP is getting low. And for his ultimate skill, Nobu can unleash Precision Strike – an attack that deals 200% damage and will never miss.

Nobu is just one character of many different types in Tactical Monsters Rumble Arena. In future trailers Camex Games will introduce ranged, magic-user, and healer monsters to show the various ways players can approach team building in this upcoming strategic RPG.

Tactical Monsters Rumble Arena is a tactical RPG focusing on fast-action and deep, yet quick, turn-based PvP matches with players around the world. Players battle not only for bragging rights, but for gold, medals and unlockable cards which grant the player rare items and additional combat characters. Tactical Monsters Rumble Arena will launch on PC and mobile (Android, iOS) first, with other platforms to be announced.

0 0
Previous Article“SEUM: Speedrunners from Hell” makes you run all across the moonNext ArticleTURN UP THE VOLUME WITH JUST DANCE® 2018 AVAILABLE THIS WEEK