Venture many leagues under the waves with Paladins’ latest Event Pass – Dark Depths. Four subaquatic skins and twenty other thematic rewards can be unlocked simply by playing matches, including some for free such as Royal Mark Tyra.

The Dark Depths Event Pass also kicks off another cycle of the popular Trials of the Realm. A new feature this year, Trials are engaging in-game challenges that unlock weekly. Upon completion, players unlock currency and cosmetics, including this time Azaan’s first MVP pose and the player title ‘Mass of Tentacles’. 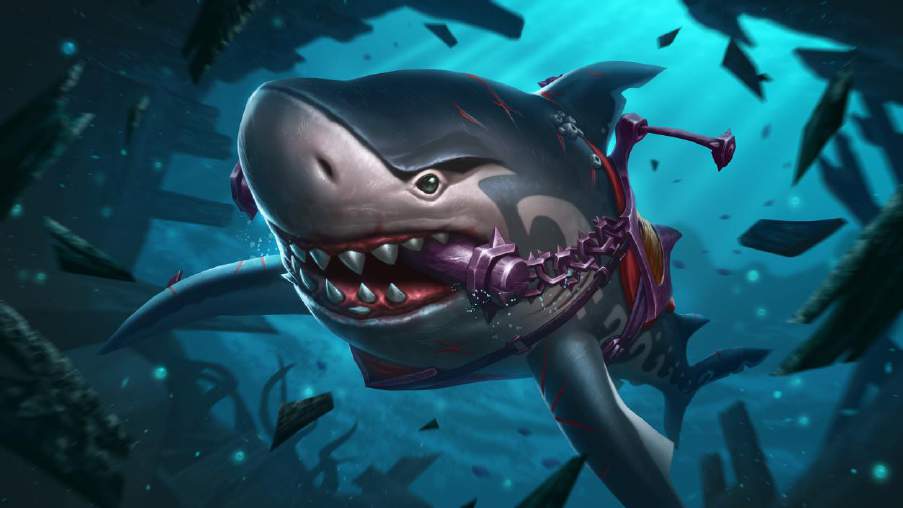 Brand-new Brody the Shark is a Mount and as such, he positively is a flying shark. Brody comes in the wake of his predecessor, the Sky Whale Mount, who was received with unanimous love from the community earlier this year.

Brody the Shark is available right now for Direct Purchase or in a Chest.

Prestigious rewards can be earned through Paladins’ ranked play, and the ongoing Season 4 will come to a close after this ‘Absolution’ Update. Rewards include well-established Loading Frames displaying the rank achieved during the season. Those who have played a hundred ranked games gain access to a most intimidating player title: ‘World Ender’. After a hundred victories, players receive an Epic skin as a testimony to their talent: Berserker Torvald.