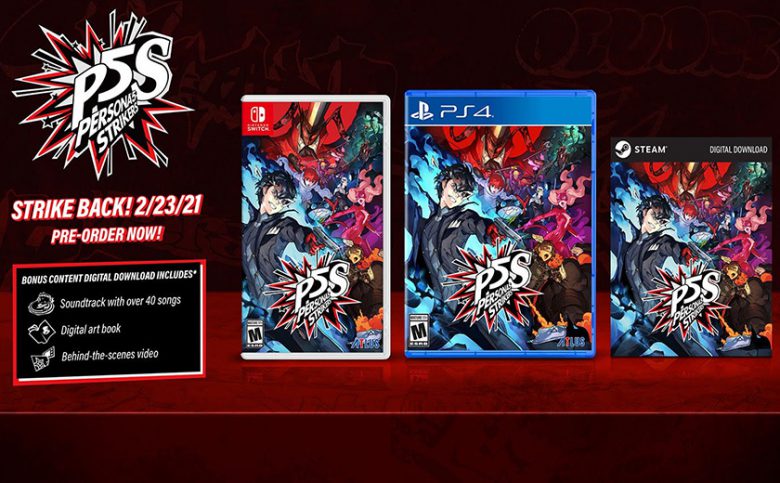 Persona® 5 Strikers is available today for PlayStation®4, Nintendo Switch™, and Steam. Choose from the Standard Edition priced at $59.99 or the Digital Deluxe Edition at $69.99.

Persona 5 Strikers takes players on a road trip with the Phantom Thieves, where they fight back against the corruption overwhelming cities across Japan and redeem the hearts of those imprisoned at the center of the crisis!

New story and sights – Persona 5 Strikers features a deep story campaign and thrilling combat that makes for a true Persona experience. Visit 6 different cities across Japan, cook tantalizing regional recipes, and lend a helping hand to those in need; then fight against the Shadows to uncover the source of the corruption within the Metaverse dungeons.

Harness the Phantom Thieves’ full strength – All Phantom Thieves are fully playable, so utilize each character’s specific skills and summon their Personas for smooth, elegant combat! Strengthen their skills and tune their abilities to fit your own playstyle. Each character has its own unique suite of wide-ranging, flashy spells and magic to clear out big hordes.

Features included with your purchase