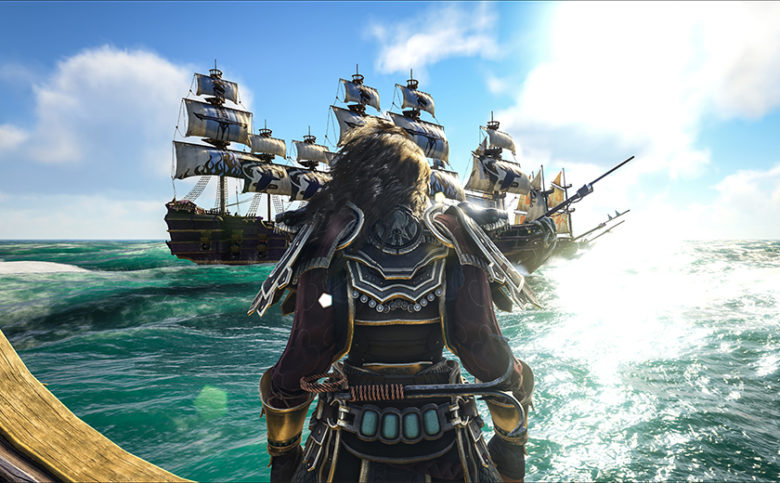 Ahoy Pathfinders! Today on Inside Xbox, Grapeshot Games announced that its massive multiplayer first-and-third person fantasy pirate adventure ATLAS is confirmed to launch into Xbox One’s Game Preview on October 8, 2019. ATLAS will launch Day One with crossplay support, allowing Xbox and Steam PC players to play together in the same gigantic world. Keyboard and mouse support for Xbox players ensures full game parity and an even playing field for all scoundrels, along with optional new single-player and private session modes for those who wish to go seafaring with just their friends!

Watch the announcement of ATLAS for XBox One via Inside Xbox here: https://mixer.com/Xbox?vod=knbZZtZXFE6nO9IbXqYyjQ

“ATLAS is a game about exploring, surviving and conquering, with lots of classic pirate gameplay moments,” said Erik Waananen, Lead Game Designer of ATLAS. “From intense cannon battles at sea and clashing swords with sworn enemies, to searching for buried treasure and raiding other players’ loot, this is a true adventure on the high seas!”

In ATLAS, you stake your claim in this endless open world as you construct custom ships, search for buried treasure, siege and conquer fortresses, and recruit a crew to join your powerful Armada! Explore the depths of this world alongside thousands of other players and sail the vast oceans, while waging battle against the Army of the Damned, hostile mythological creatures, and even other Pathfinders who seek to discover the unknown left by the past.

Since launching into Steam Early access, the Grapeshot Games team has been busy integrating feedback and making improvements through “Mega-Updates”. The studio recently revealed a brand-new roadmap outlining the future of ATLAS’s development with simultaneous updates and content pushes for Xbox and PC players – this ensures delivery of the exact same experience for both platforms. 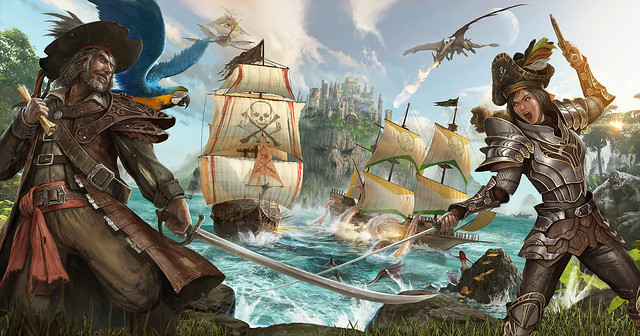