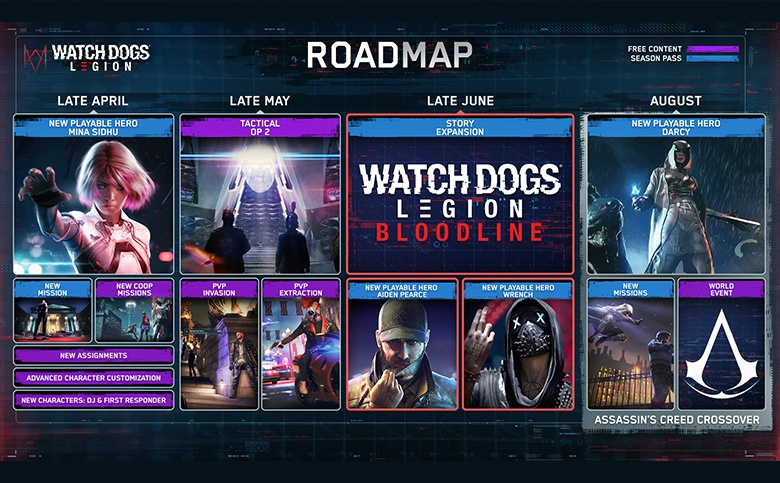 Watch Dogs: Legion Will Also Be Discounted Up To 67 Percent On Select Platforms.

Every character in near-future London will be available to recruit and play during the Free Trial Weekend in both single-player and online modes. Players will be able to check out all of the open-world activities such as playing darts at the local pub and participating in bare-knuckle fights, as well as explore half of the eight boroughs including the City of London and Islington & Hackney. Additionally, players will be able to discover the game’s storyline up to the Skye Larsen mission.

Pre-load will not be available on Xbox One or Xbox Series X|S and players on these platforms will be able to download the game when the Free Trial Weekend starts.

Players who want to continue their fight will keep their game progression and enjoy discounts on Watch Dogs: Legion and the season pass across select platforms:

Furthermore, Ubisoft has detailed the availability of the free post-launch content for all Watch Dogs: Legion players as well as the new, exclusive content for season pass owners across single-player and online modes.

The post-launch content for all Watch Dogs: Legion players include: