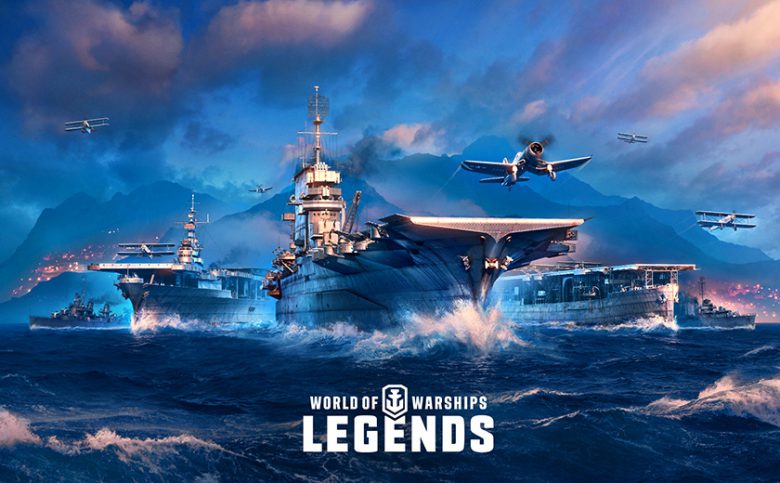 World of Warships: Legends is celebrating its two-year anniversary with a big update that brings Aircraft Carriers back to the game permanently alongside gifts, sales games changes, and new game modes!

This update also includes the all-new ‘Limit Breaker’ campaign that allows players to earn the fan-favorite vessel: the Japanese cruiser, Suzuya. The Arena also returns adding a more competitive setting for players. Additionally, be on the lookout for gifts and sales coming up to celebrate the two-year milestone of the game

Bringing the battles of World of Warships: Legends into a new dimension, aircraft carriers are a new ship type that is coming in the April update. Unlike their last appearance, these ships are here to stay and are ready to be unlocked all the way up to tier VII. Carriers are uniquely able to strike enemies with squadrons of Dive and Torpedo bombers. However, they cannot stand up to gunfire from enemy ships for long. Following the Airstrike event in February, there have been a few changes to them, including an automated navigator for when players are controlling aircraft and performance tweaks to increase their combat ability. Players can start commanding American and Japanese aircraft carriers at Tiers III, V, and VII featuring the gargantuan flattops like Lexington and Shōkaku at the top. Naturally, to combat carrier aircraft there are a bunch of additions to modify anti-aircraft weaponry in the form of modules and commander skills, plus a new Defensive Anti-Aircraft Fire consumable for cruisers. The arrival of carriers is sure to shake things up by adding a new layer of combat.

An old legend is appearing as the star of the new “Limit Breaker” campaign: Japanese cruiser Suzuya. This Mogami-class cruiser is in her pre-rebuild form, mounting an absurd fifteen 155 mm (6.1 inch) guns along with her powerful torpedoes. Add in the excellent speed and maneuverability of this ship and you have a force to be reckoned with. Suzuya and her sister ships were originally created as light cruisers, mounting this armament to appear to be following the limitations of the naval treaties, however, once the war was horizon they were rearmed with larger weapons. This campaign is conventional, with 5 weeks and 100 milestones to complete plus the ability to catch up—meaning anyone with admiralty backing can feasibly earn Suzuya.

For those eager to get stuck into a more competitive setting, the Arena is back, and this time for two-week-long seasons! Each season will have its own ruleset, and importantly, Steel Badges are now available for the top three leaderboard brackets, so it’s a great time to start boosting your Steel reserves!

This update, World of Warships: Legends will celebrate the second year since its early access release with a few gifts and sales for the occasion, plus Golden Week is approaching! There’s also a set of balancing tweaks coming, including concealment modules for select battleships. It’s set to be a busy update with plenty for captains to get stuck into.