Game studio UDX Interactive announced its highly-anticipated RPG based on artificial intelligence, Wheel of Fate, has officially launched its Kickstarter page with a goal of $25,000 CAD / $18,967 USD by October 17, 2019. At the core of its system, the game uses A.I. through the wheel, and when spun, the outcome of actions and story can change. 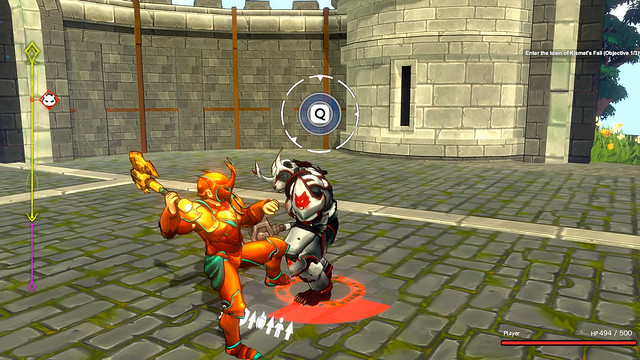 “The wave of interest and support we received from our fans has been incredibly overwhelming and we’re grateful for everyone’s messages,” said Daniel Vivona, CEO and co-founder of UDX Interactive. “We want everyone to know that regardless of the amount secured, we’re still launching this title we worked so hard on. The funding we raise will only dictate how much more comprehensive this game can be.”

A full list of Kickstarter backer rewards can be found on the page’s “Rewards” section, which range from a copy of the game at launch to merchandised products to a studio visit with the team.

Designed by Mass Effect 2 veteran Miles Holmes, experience the journey of a lone adventurer who reawakens the mythical Wheel of Fate in the world of Providence, which in turn, brings the army of Fateless back from with it. In Wheel of Fate, players are tasked with defending Kismet’s Falls as the region’s protector from Fateless sieges by implementing the game’s unique Active Response Battle system (ARBs). Using billions of gear combinations, players are given the freedom to customize the region’s buildings, craft weapons and armor to protect themselves, and explore procedurally-generated dungeons.