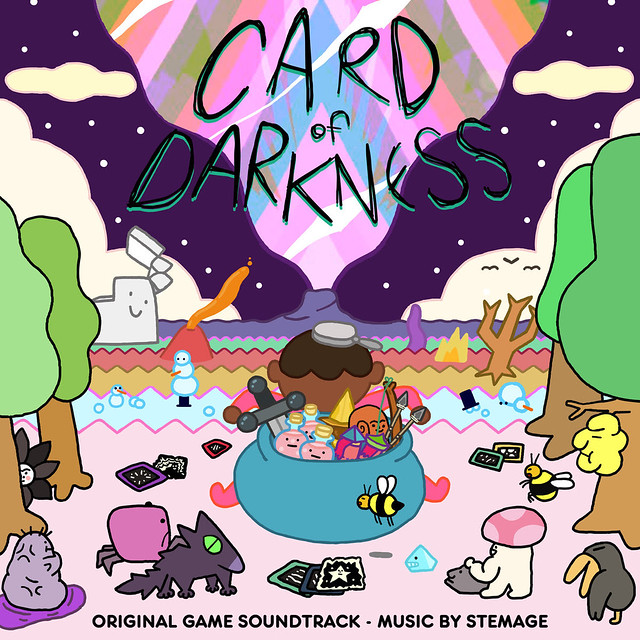 “When I started the first music drafts for Card of Darkness, I leaned too friendly,” reflects Stemage. “When you see animations and colors like the ones in this game, you might assume levity. While the game has a friendly look and an adventurous theme song, it’s a tough game. It’s about learning and managing dozens of enemies, building the appropriate loadout, and insane bosses. With Zach and I working together on the feel, the music takes an interestingly dark turn. It’s a fun juxtaposition to the visuals. As you get deeper into the soundtrack, it’s serious business – just like the game. It was a joy to work on and a great excuse to work to play with some analog instrumentation.”