Today we’re sharing the first details of Zephyr Strike, the latest Hunt Pass in Dauntless that will hit players this Thursday, August 22. Patch 0.9.2 brings with it a number of features in addition to the Hunt Pass, including neon hair tints, our first-ever Faction Fight, and a new breed of aggressive fauna.

We’re also happy to note that we’ve surpassed 14 millions players since launch in May! 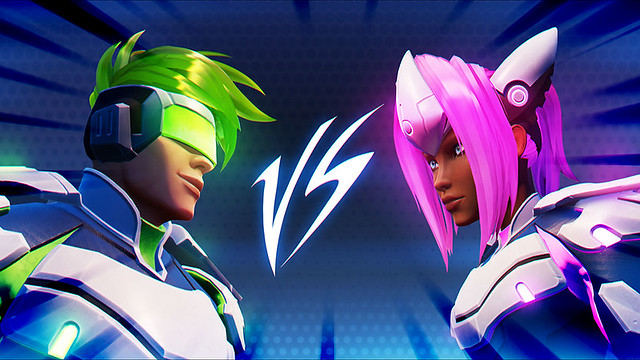 Endurance Squad takes on Defiance Squad in our first-ever Dauntless #FactionFight! Choose a side, equip a sigil, and earn points for your team with every hunt. At the end of two weeks, the winning faction’s lantern will be added to the store … for free. 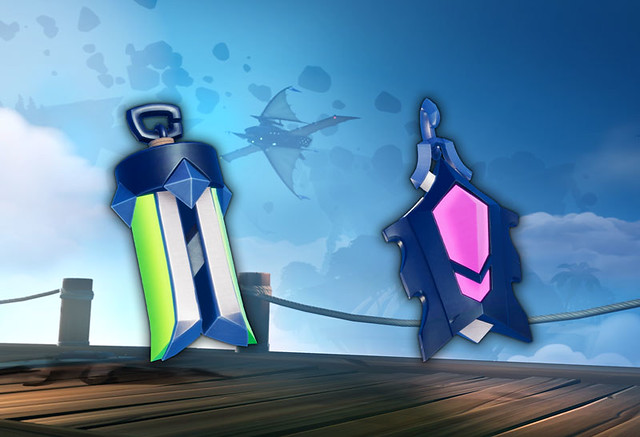 The second-place team’s lantern will be available in the store as well, but for a price. That means that if you want your faction’s lantern for free, you’ll need to work for it.

Once 0.9.2 is live, you’ll be able to join the #FactionFight from the in-game store.

Choosing a side gets you a discount good for 25% off a faction’s Style Kit, so you can fully rep your favourite squad with neon hair tints and armour dyes. Each Style Kit also includes a banner fabric, banner plant, helm transmog, and more! Can’t decide between neon green and electric pink? No need to. While you can only get one discount, you can always buy the second Kit at its normal price.

In case you missed the hint above: Hair tints are here! These special colours let you express yourself outside of the standard hair spectrum, and there are three available during the Zephyr Strike Hunt Pass. Look for the Vigilance tint on the Hunt Pass Basic Track, and find Endurance and Defiance in their respective faction Style Kits. 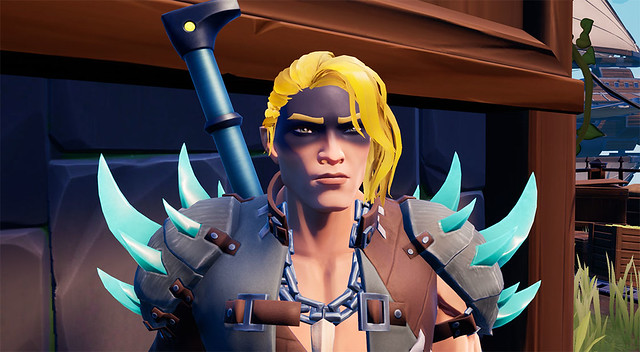 If you’ve been thinking about changing things up, now is the time. Just visit the mirror in Ramsgate Plaza to open up character customization. From there, you’ll be able to apply new hair tints, switch up your cut, and make any other changes that you’re in the mood for.

When we first introduced Patrol Chests to Dauntless, it was with the hopes that they would be a nice reward for Slayers who played regularly – a bit of bonus loot to help you level up your gear. Instead, they became a point of confusion. What were Patrol Chests? How were you supposed earn them? What was the Boost for? And how did you know if you were boosted or not?

Many customer support tickets later, we’ve decided to revisit the Patrol Chest system. Here’s what you need to know in the post-0.9.2 world.

WHAT IS A PATROL CHEST?

A Patrol Chest is basically a stash of bonus loot. If you have a chest available and you complete a patrol, you can open the chest to get bonus rewards. You can see how many chests you own by opening up the in-game map. 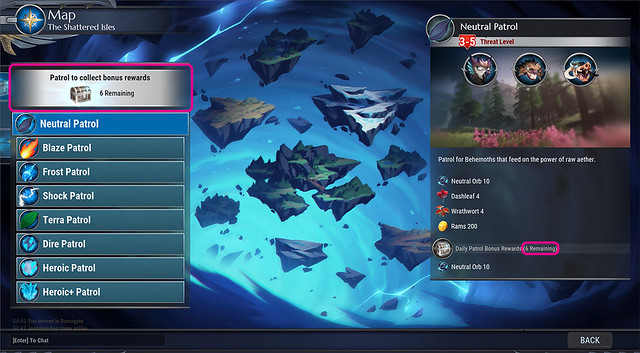 WHAT KIND OF LOOT CAN YOU GET FROM PATROL CHESTS?

Want to check the rewards for a specific patrol? Open your map, select the patrol you’re curious about, and look for the Daily Patrol Bonus Rewards section. What you see there is exactly what you’ll get if you successfully complete that hunt.

CAN I SAVE MY CHESTS FOR LATER?

Yes! Our 0.9.2 update lets you turn your Patrol Bonus ON or OFF, which means that you choose when to use your chests. Drowning in Shock Orbs, but want to help a friend with their patrol? Set your bonus to OFF and save that chest for later. 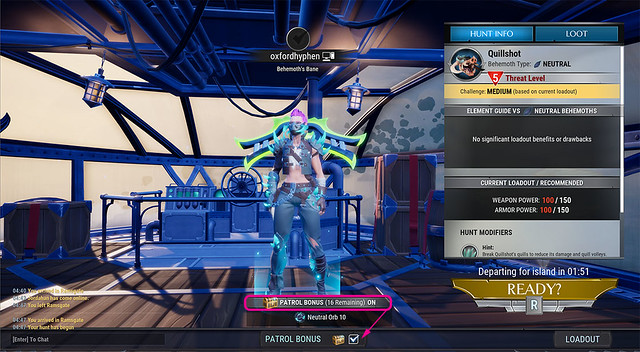 HOW DO I GET MORE CHESTS?

All Slayers get two free Patrol Chests per day, and can hold up to six free chests at a time. You’ll accrue free chests whether or not you log in.

With the update to 0.9.2, you’ll also be able to purchase Patrol Chests.

Purchased chests can exceed the six-chest max, but we’ve made sure to set things up so that your free chests are consumed first. That means that even if you have 100 purchased Patrol Chests sitting in your inventory, you can still earn your two free chests per day.

No. Both purchased and free chests reward the same bonus loot. The only differences between the two types of Patrol Chests are (1) how you acquire them and (2) how many you can hold at once.

WHAT ABOUT PATROL CHEST BOOSTS?

The very confusing Patrol Chest Boost retires – at last – in 0.9.2. Slayers who have a Patrol Chest Boost active will continue to receive the benefits of that boost until it times out. (If you just heard what sounded like a sigh of relief, that was our support team thinking about never having to answer another Patrol Chest Boost question.)

But enough about chests. Let’s talk about creatures.

The newest fold in the fabric of Trials is the fast and fearsome styxian. We started off calling these “shark cats” internally, but they quickly earned their more ominous name. 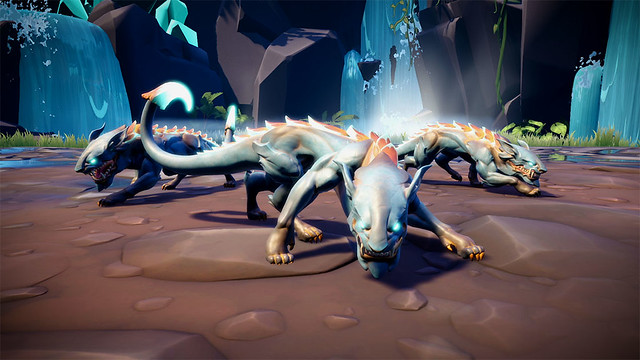 Not the kind of smile you want near your face.

If you see a styxian in the Trials, don’t hesitate to attack first. Because if you don’t? They will.

The Golden Age of Pirates Returns as 3DClouds Announce King of Seas
July 16, 2020

SRPG BANNER OF THE MAID GETS A GAMEPLAY TRAILER OF ITS NINTENDO SWITCH VERSION
July 16, 2020

Grab Your Super Spoons and Save the Space Chefs as Radical Rabbit Stew Hops Onto Consoles and PC today
July 16, 2020