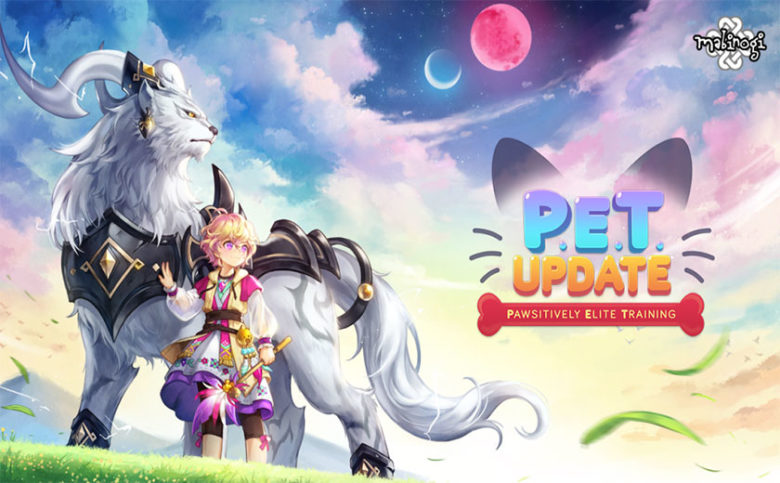 Nexon’s free-to-play fantasy MMORPG, Mabinogi, is receiving another whimsical update as “P.E.T.” Part 2 hits the game on August 13. After acquiring the Pet Training Skill in Part 1, players will soon be challenged to defeat new dungeons and bosses alongside their pets.

Depending on the mission difficulty, you can gain Pet Trainer items such as Faded Fynn Beads, perfumes, and gems. Defeating Fleur in the Forest of Four Seasons will also offer rewards such as Fleur’s Wings, outfit, Grass Tiara, and more, while defeating Kerune will award players with Kerune’s Horn, Appearance Scroll Fragment, Fleur’s Grass Tiara, and more.

In addition, following positive player response with the addition of new pet activities in “P.E.T.” Part 1, Milletians will now be introduced to powerful Fynn Bead Skills imbued within Fynn Beads. To successfully awaken the powers that lie in the core of a Faded Fynn Bead, players must learn the Burnishing Skill. Higher grade Fynn Beads will require higher level Burnishing Skill.

When awakened, Fynn Beads equip pets with unique powers, including: