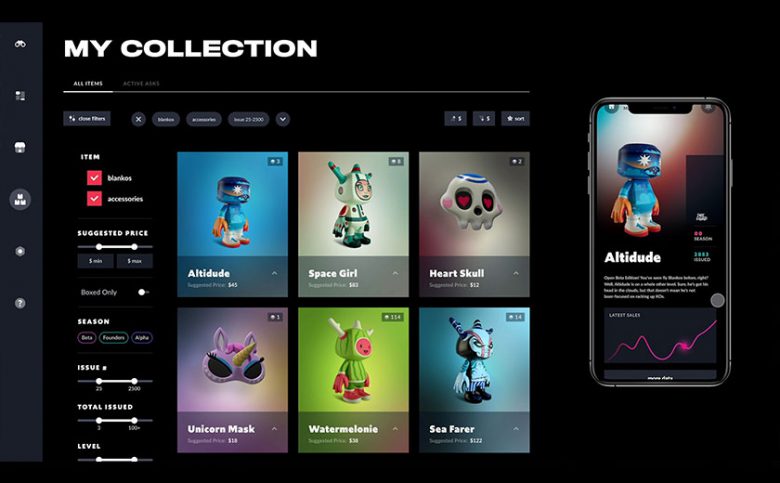 Investment Led By WestCap Will Accelerate Innovation and Mass Market Adoption of Blockchain Technology and NFTs in Play-to-Earn Videogames.

Mythical Games, a next-generation gaming technology studio creating universal gaming ecosystems around playable NFTs, led by industry veterans and former executives from Activision, Oculus, EA, and Zynga and a marketplace team of experts from Stubhub and Charles Schwab, today announced a $75 million Series B financing led by WestCap. Also participating in this round are 01 Advisors and Gary Vaynerchuk’s VaynerFund, as well as existing investors including Galaxy Digital, Javelin Venture Partners, Alumni Ventures, and Struck Capital. This round brings the total amount raised to $120 million.

Mythical will use the funding to further drive mass adoption of ownership in games through playable NFTs with the growth of its first game, Blankos Block Party, expansion to other gaming platforms, and new projects launching later this year and in 2022. Via its Mythical Economic Engine and Mythical Marketplace, the team is providing a platform for game developers to create their own player-owned economies, and providing new tools to facilitate ownership of in-game assets for content creators and brands.

Players have invested billions of dollars into digital items in other online games without a tangible way to benefit from it beyond occasional gameplay advantages; the content remains locked behind their account because their purchase is really just a lease or licensing agreement, with no ability to transfer or sell. And while other secondary marketplaces have existed in the form of grey and black markets, players who participate are exposed to unsafe transactions, scams, and even the threat of losing their accounts for Terms of Service violations. Through the Mythical Marketplace, players can unlock the value of monetary, rarity, and time-based efforts by selling their NFTs to other players for real money, in safe and secure transactions with proof of authenticity.

“NFTs and blockchain have risen as a prominent talking point in 2021, and Mythical has been at the forefront of bringing these technologies to the games industry,” said John Linden, CEO of Mythical Games. “From our inception three years ago our aim has been to drive mass adoption of ownership in games through projects including Blankos Block Party, our Economic Engine, and the Mythical Marketplace. This new capital will allow us to continue leading the industry into a new play-to-earn model where various stakeholders like players, artists, content creators, and brands are now directly influencing the game economics.”

In the Open Beta for Mythical’s debut title Blankos Block Party, an open-world multiplayer party game with an emphasis on player-designed levels, players currently hold more than 100,000 NFTs; as the game’s audience continues to grow, earlier assets and specialized releases will become more scarce and likely more valuable in the secondary market, creating rarity on a mass-market scale and providing new sources of income for players.

“Mythical’s world-class team has transformed the way creators distribute and monetize their art,” said Laurence Tosi, Managing Partner at WestCap and former CFO of Airbnb and Blackstone. “Mythical’s creative use of blockchain technology has empowered brands and studios to develop interactive content and engage with fans like never before.”

Mythical Games will make several big announcements next week during a keynote at the 2021 Electronic Entertainment Expo (E3). Viewers can tune in on Monday, June 14th, 2021 at 11:10 a.m. PDT, when Mythical will also release one of the first NFT Twitch Drops via the popular streaming service.

“Mythical Games has proven itself a leader in bringing the concept of player-owned economies and play-to-earn ecosystems to the gaming industry,” said Adam Bain, co-founder and managing partner of 01 Advisors. “Mythical is well-positioned to bring blockchain gaming to the masses through developers and publishers, and we’re excited to be on board as they continue to evolve the global games market.”

Recently named one of Inc.’s 2021 Best Places to Work, Mythical has grown to more than 100 employees and is continuing to hire for select roles on its game, marketing, and Marketplace teams. For a listing of open positions, p