XSEED Games, the independent-minded publishing brand of Marvelous USA, Inc., is excited to announce a robust lineup of games and events to experience at PAX West from August 30 – September 2 in Seattle, Washington. Fans will have hands-on experiences on Nintendo Switch™ system, PlayStation®4 computer entertainment system and Windows PC, including the long-awaited Sakuna: Of Rice and Ruin, Heroland, BurgerTime Party!, Granblue Fantasy: Versus, and first hands-on for Travis Strikes Again: No More Heroes Complete Edition. The company will also be showcasing Sakuna: Of Rice and Ruin at The MIX, The Media Indie Exchange, on August 30 in Block 41 from 7PM to 11PM.

Additionally, attendees can test their skills against a top-ranked fighting game player in a special event: USGamer Presents: Test Your Might Against Justin Wong in Granblue Fantasy Versus! The event will feature prizes and commentary by Ebonic Plague that’s sure to please #GBVS fans. Hosted by USGamer’s Eric Van Allen, the event will take place on August 31, at 4:30pm PDT, in the Sheraton Grand Seattle, Sphinx Theatre, located on the 3rd floor in the Metropolitan Ballroom.

XSEED Games will be located in the Washington State Convention Center, Level 4, Booth 1315. The following titles have not yet been rated by the ESRB unless stated otherwise: 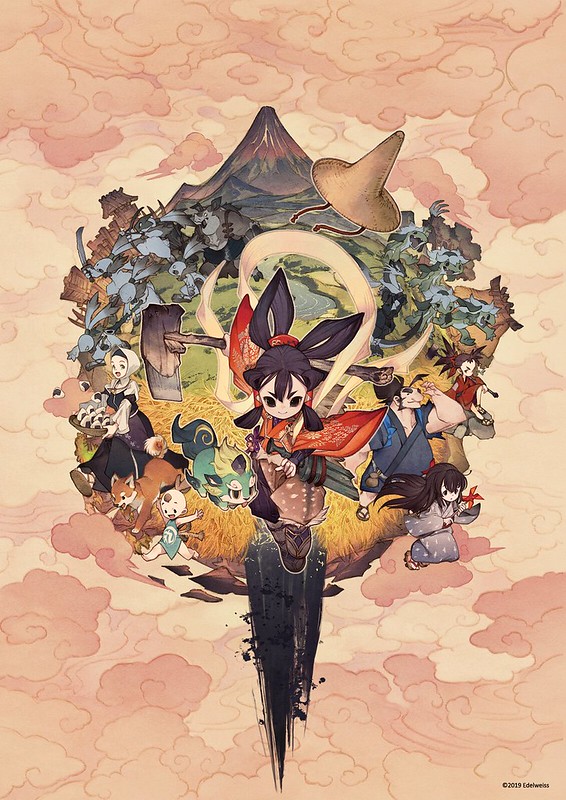 This enthralling title from Edelweiss, the two-man team behind acclaimed indie darlingAstebreed (2014 in NA and EU), Sakuna: Of Rice and Ruin combines side-scrolling action with deep crafting and farming simulation. Players take on the role of Sakuna, a spoiled harvest goddess banished to a dangerous island with a group of outcast humans. As she explores the beautiful, foreboding environments of the island, she will find a home in a mountain village, proving herself worthy of her title by harvesting rice and bettering the lives of humans. In addition to being a fresh take on Japanese mythology and a love letter to action games, Sakuna: Of Rice and Ruin is an ode to rice and an engrossing simulation of the craft behind the agriculture.

Created by Edelweiss and published in North America by XSEED Games, Sakuna: Of Rice and Ruin is currently in development and will launch this winter. 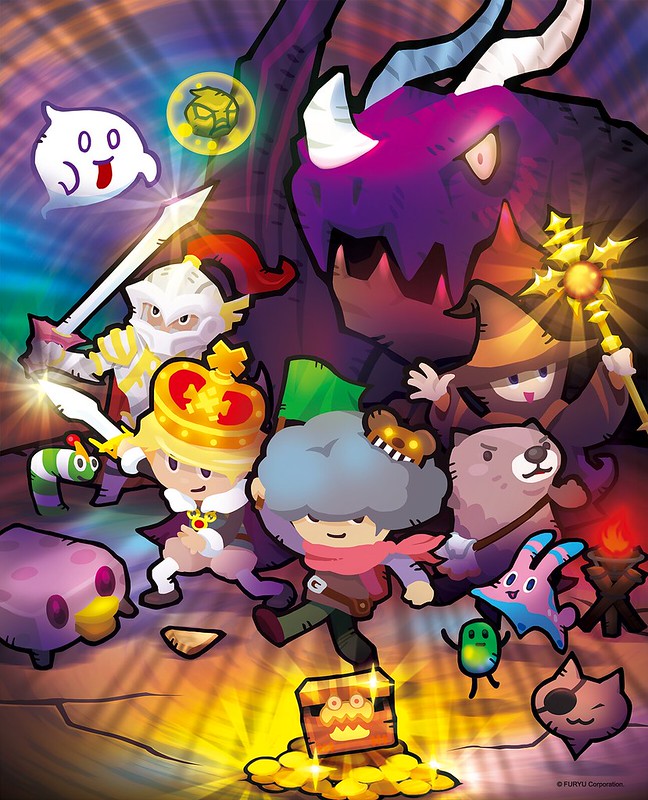 Put on your nostalgia goggles for this single-player RPG about a theme park where guests can explore dungeons, beat up baddies, and become legendary heroes—while the player assists from the sidelines as a tour guide! Released in Japan as WORK x WORK, this tale of princes and pixels is told by over 20 quirky characters, including overzealous knights, an irascible otter, and… *checks notes* man-eating broccoli? When the Dark Lord’s monsters are also your coworkers, it’s hard to draw the line between work and play! Directed by Takahiro Yamane (Fantasy Life), written by Nobuyuki Inoue (Legend of Mana), set in a colorful 2D world created by Nobuhiro Imagawa (MOTHER 3, Legend of Mana), and jam-packed with Tsukasa Masuko’s (Shin Megami Tensei) whimsical tunes, this adventure is one that cannot be forgotten!

Developed by FuRyu and published in North America by XSEED Games, Heroland is in development for a fall 2019 launch. 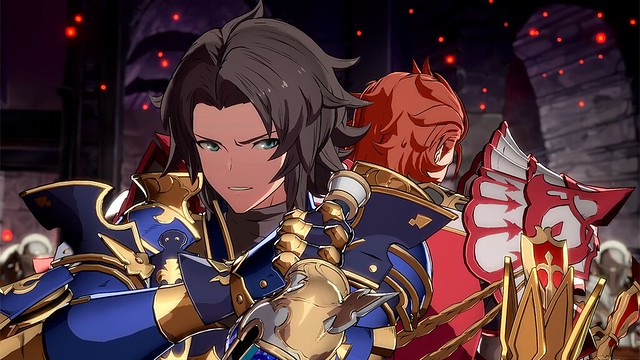 Power, skill, and spirit collide in a quest to find the true champion of the ring in the highly anticipated fighting game set in the world of Japan’s megahit RPG, Granblue Fantasy. Players can take on AI opponents or fight against human opponents in local or online two-player matches. Six characters will be available in the playable demo, starting with Gran, the protagonist of Granblue Fantasy, who travels the skies with his winged companion Vyrn and a mysterious girl, Lyria, who saved his life. Other characters include Katalina, an ex-imperial knight sworn to protect those she holds dear; Charlotta, the virtuous captain of the Lumiel Order of Holy Knights; Lancelot, a dual-wielding master swordsman; Ferry, a ghost with a whip and spectral pets; and the newly announced Percival, known as the Lord of Flames, the knight who destroys the competition with his blazing longsword.

Granblue Fantasy: Versus is published by XSEED Games in North America and developed by Cygames and Arc System Works. The launch date will be announced at a later time. 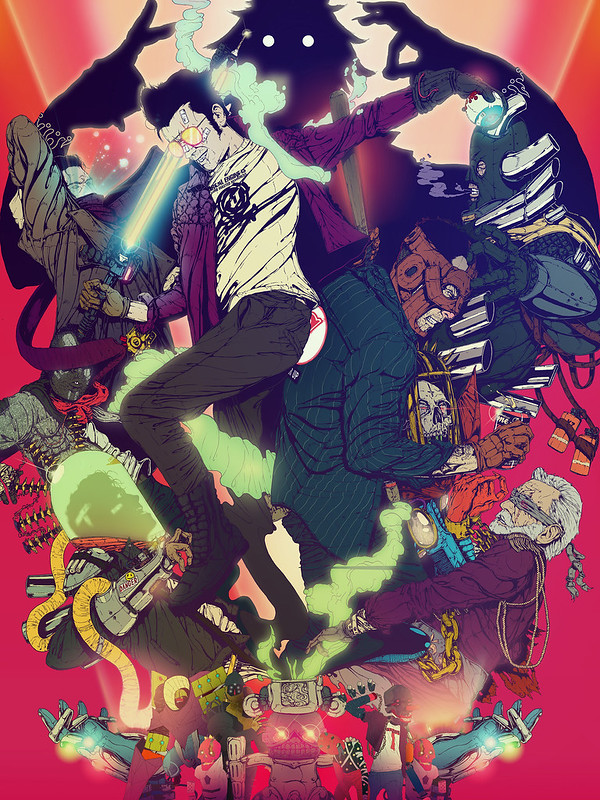 Dive into the legendary video game console, the Death Drive Mark II, and explore a variety of worlds themed around different game genres. Playing as Travis Touchdown or his reluctant ally Bad Man, use your stylish skills and awesome finishing moves to fight your way through dangerous bugs and defeat the powerful bosses of each game world! This Complete Edition of the title also includes all previously released DLC.

Developed by Grasshopper Manufacture and Marvelous Inc., Travis Strikes Again: No More Heroes Complete Edition will be published in North America for PlayStation®4 system by XSEED Games on October 17, 2019. The Windows PC version of the game will also be released on the same day by Marvelous, Inc via Steam. 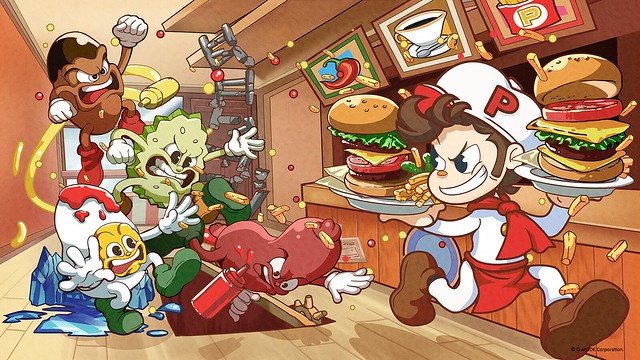 Chef Peter Pepper and the Food Foes return to serve up a fresh look and tons of new gameplay in this tasty reimagining of Data East’s 1982 arcade classic! After firing up the grill for some action, new modes and items will have modern chefs thinking outside of the bun to solve bite-sized puzzles like crumbling floors, oil spills, and freezing ladders, all while evading edible enemies both old and new. Local multiplayer lets 2-4 friends cooperate as cooks or compete as cuisine across 100+ stages that will keep the fun from getting stale long past Mr. Hot Dog’s expiration date. Now, let’s get cooking!

Developed by G-Mode and published in North America by XSEED Games, BurgerTime Party! is in development for a worldwide October launch. The title has been rated “E for Everyone” by the ESRB.